Centurian is a deadly force from Netherlands. I remember when this album originally came out in 1999. It was ahead of its time in a sense with its overly blasphemous and in-your-face attack. The closest reference at that point of time were the hordes from Brazil – Krisiun, Rebaelliun, Nephasth and gang, with the difference being that Centurian had all that viciousness channeled through the vessel of early Deicide. What was also remarkable was the blood-smeared artwork with actual blood of the band members being used. Whoa.

Thankfully this band has substance and not just the image. While Centurian went on to produce dynamically superior albums in its career, the barbaric intensity was unparalleled in comparison to the band’s other albums. Chronozonic Chaos Gods set the standards back in the day. Unfortunately this band was largely overlooked mostly because of death metal not being in vogue at that point of time. It was largely due to the efforts of Diabolical Conquest-era Incantation and the uprising of Nile that led the uptick of death metal around the turn of the millennium.

Coming back to the music, it makes sense that this album is reissued with pomp via Hells Headbangers in 2014 because the quality doesn’t diminish. It’s in fact, a reminder, a reality check to the death metal bands of today that brutality is vital to the existence of death metal, it always has been and it’s not compulsory to resort to inter-breeding of genres to make an impact. This band smashes your face in and there’s no time to even react. It leaves a stench, one that I was unable to get rid of even after a decade. It’s got that timeless value. Yes, it’s derivative, largely inspired by Deicide, but it’s powerful, heavy and doesn’t get more death metal than this.

This is death metal without the chugs or slams. This is primal, vicious, blasphemous. The kind they don’t make too often nowadays with this amount of potency. This was so heavy, still is, that it doesn’t get more than a couple of listens at a time. It’s too violent, too good. 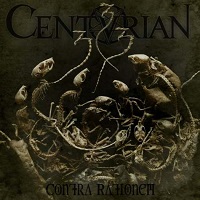