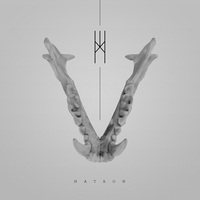 Meshing industrial beats and post-metal isn’t always the easiest task. Meshing industrial with most types of metal is often a challenge for most bands. A few get it right, but many end up under/over-utilizing the industrial effect to sometimes disastrous results. While Natron is far from a disaster, the inconsistency within the songs keep it from shining it’s brightest.

With a sound that could easily appeal to fans of Godflesh or Isis, C R O W N (from this point, Crown) takes often heavy industrial flourishes and melds them with atmospheric, dynamic post-metal. The usual heavy/soft post-metal shifts do apply here, but the industrial effects enhance them (particularly on the heavier end), and tracks like “The Words You Speak Are Not Your Own” become more effective due to the driving, industrial backdrop. They can implement, rumbling and almost droning riffs and industrialize them, or they can pull out all the stops and fire off blastbeats on top of darkened melodies on “Wings Beating Over Heaven.” In fact, the first three tracks on the album are quite fantastic in this regard. The album blows its momentum with “Fossils,” a track that seemingly ditches everything the band has built up for some radio-rock sometimes more akin to Coldplay than anything else. It’s a massive shift that feels nothing but awkward. Things magically snap back for “Apnea” but the overly long “Tension of Duality” drains the momentum once more. There are some cool moments in the song, but it takes too long between them. Lastly, “Flames” moves back towards rock-ish and near gothic tones, but in a darker territory than “Fossils.” There are more industrial effects here, but the smorgasbord the band is reaching for is just too vast and unpredictable.

Should Crown decide what suits them best (let’s hope for the beginning of the album), they could really craft an intriguing listen. For now, Natron will be a divisive one, and a case of a band’s full potential being squandered. 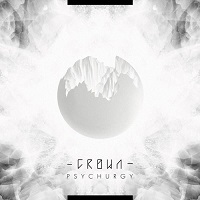