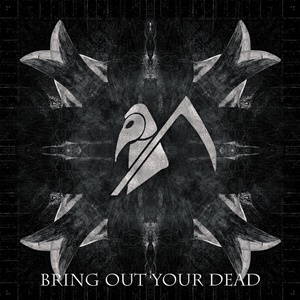 Melodic thrash has been a sweet spot for this scribe since teenage years – growing up with the Bay Area movement, but also traditional metal before that. As such, acts like Flotsam & Jetsam, Heathen, and Death Angel resonate because of the strong attention to not only stimulating riffs and tempos, but equal focus for sturdy vocal supplementation to back up the proceedings. Although central Massachusetts band Bring Out Your Dead embrace that melodic thrash tag across their social media platforms, when taking in this debut self-titled EP there’s more than meets the eye for a sound, straddling a bit of modern/extreme finesse and tone to keep things relevant for a wider array of metalheads.

Developing these songs for years, you can tell the material flows with meticulous detail – all the stop/start mechanics, attacking rhythms, steady /slamming tempos, and melodic transitions the main selling points to make “Black Widow” and “Ours Is the Fury” instantly appealing on initial exposure and enduring several playbacks later. The guitar interplay between Mike Fontaine and Dan Dilling fills every need you could expect in thrash – nastier but powerful through an epic instrumental like “Battlecry of the Demon Slayer” (think early Metallica meets Metal Church/Iced Earth here) while wielding deadly axe blunt trauma through “Jukai”. The modern side of things comes through in the spitfire, semi-scream/growl nature of vocalist Brian Looby. He occasionally does veer into the clean side when necessary, but for the most part has a terrifying delivery that channels older Trivium, Lamb of God, and Zetro of Exodus – giving Bring Out Your Dead that ear to the ground nuance that could gain them the teenage/college listeners in droves.

At five songs that hover around the five-minute mark on average, this is a strong first effort from a young quintet who could make their mark on the New England scene and beyond due to their affinity for multiple aspects of old school/new school thrash. Keep an eye on this outfit – they could be going places quicker than you’d imagine if they keep the quality of creativity and songwriting on high like this again and again.