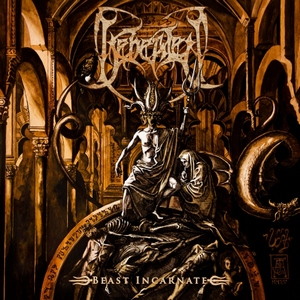 It’s been a while since Malta’s Beheaded have brought forth new music. In fact, it’s already been five years since Never to Dawn, the band’s fourth album. You have to go back all the way to 2005 to hear their third album, so when Beheaded releases an album, it’s going to be more of an event than when ye ole brutal death metal band #327 releases their 5th effort in 5 years. But with this comes more build-up and anticipation, which Beheaded are happy to oblige with something that meets expectation.

While Beheaded’s earlier years saw the band taking much of their approach from the godfathers such as Suffocation and Deicide while injecting a little more atmosphere to the mix, Never to Dawn truly saw them moving into their own space. Beast Incarnate happily carries on that tradition – certainly the Suffo-influences can still be heard, but there’s a more modern feel (think Decapitated) that is equally prominent, giving the album a solid old meets modern vibe. The first four tracks are quite intense and unrelenting in tone, a frantic treat for those who want their death metal to be ingrained in brutality with some technical flourishes (more rooted in the older traditions) added in for memorability’s sake. The groove of tracks like “Crossing the Road Knives” and the title track blends well with speed and ensures the album won’t become a blur of carnage. Some added melody and atmosphere is attached to the longer songs, “The Black Death” and “Punishment of the Grave,” where some catchy leads and slower moments also bring out a side of the band that balances the abrasive and frenetic edge without compromising it. They also give the brain a few moments rest before being tossed back into the sonic mayhem of the band’s faster sonic displays.

Beast Incarnate delivers a death metal effort that basks in technically driven brutality but can also capture your attention start to finish. Beheaded doesn’t deliver an album in regular intervals, but they do manage to show clear signs of growth and songwriting maturity that tops previous works while keeping to their death metal mantra. 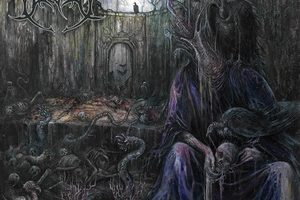