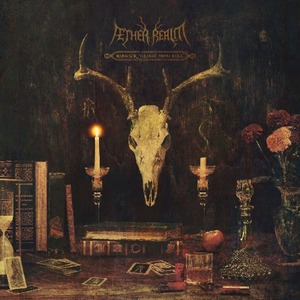 Having followed Aether Realm since One Chosen by the Gods, it’s been fascinating to watch how the band has evolved over the course of the past decade. OCBTG served as a solid introduction to a band that was playing melodic death metal/folk in a way similar to their European influences. Tarot expanded upon that notion, but upped the ‘fun factor’ and saw them adding more epic arrangements while shedding more of their influences in their sound. It was a tremendous album, but one that also really hit the ceiling with how far they could go with the sound. Wisely, Redneck Vikings from Hell feels like Aether Realm have completely come out of the shadows and created an album that will inevitably define themselves as a band.

There’s a lot to process on Redneck Vikings from Hell, and no shortage of diversity as you move from track to track. The title track serves as a solid re-introduction to the band, with noticeable arrangements, folk elements, and soaring guitarwork. It’s also a great reminder of the aforementioned ‘fun factor,’ with a Dukes of Hazzard-esque narration and banjo certain to bring a smile to many fans. Already released single “Goodbye” tosses in some stadium rock influences and an insidiously catchy chorus as the band starts to expand their sonic palette. But that’s just the beginning. Ballad “Guardians” is a notably tender moment, stepping beyond territory such as “Temperance” on Tarot, and it’s a genuinely sweet and moving track – probably the biggest metal ‘hug’ in this scribe’s memory. “Cycle” then pushes another emotional punch, but also showcases some of the most epic-sounding melodies on the album. Closer “Craft & the Creator” is a sprawling 11-minute instrumental – covering the epic scope that you’d expect, complete with some shred and plenty of fantastic solos along the way.

Some may wonder, given the tracks above, where the more ‘traditional’ Aether Realm has gone. While the entire album on the whole has that familiar AE sound, there are a few tracks that older fans are going to really enjoy. “Lean into the Wind” is an absolute thrasher, with urgent melodeath riffing and frantic blasts on the drums. “She’s Back” is a legitimate sequel to the track “Swampwitch” and is nothing less than a folk metal barnburner. “One Hollow Word” holds true to folk metal form, with a rousing chorus and some high-flying arrangements and melodies to carry it along to a poignant climax before an acoustic closing. In this way, there’s been a great care to the track arrangement, allowing the album to breathe and showcase its many influences.

Redneck Vikings from Hell takes the strongest aspects of Aether Realm’s past – beautiful and epic arrangements, shredding guitar solos, inventive melodies, and their own particular brand of humor – and takes a leap of faith into a style that feels completely fitting and unique. It’s an energetic, genuinely emotive, and entertaining trip that should rightly get the band some more notice from across the board. 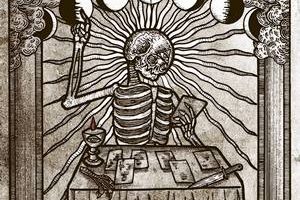