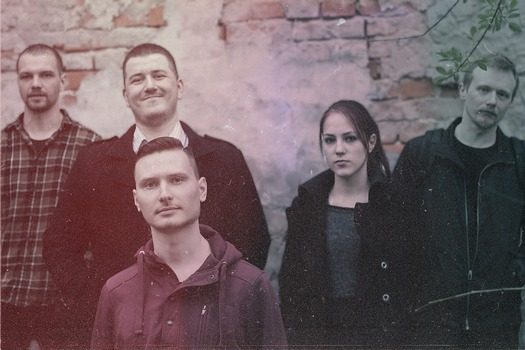 As the autumn chills begin to set in, we at Dead Rhetoric have an album stream that should be a suitable soundtrack for the fall. We have partnered with Casus Belli Musica and Beverina to bring you a stream of Daydream Flights’ debut album, Whisper, which will be released on September 20. You can check out the stream below, and as an added bonus, you can also check out a full live set from the band from the Dark Avenues Festival. As always, if you like what you hear, Whispers is available for pre-ordering physical copies HERE or HERE.

As for the music itself, you can expect quite a bit of longing and sorrow in the atmospheric black/post-black tradition. That sense of gloom washes over the listener from the start and never lets go. Despite some blast-beat driven charges and moments of intensity, there’s still something vulnerable about the music. Some uplifting and euphoric moments occasionally find their way to the surface of the music and offer a tasteful glimpse of respite as well. The shorter time-frames are notable too – in a genre that tends to meander as much as it does move forward, Whispers is full of 3-4 minute tracks that offer just as much dynamic and character (but sans the fluff). An enjoyable debut for those that enjoy this particular style of metal.

DAYDREAM FLIGHTS is a group spontaneously formed in 2017, as an occasion for parties of mentally defective young (and not very) people. Inspired by some old depressive Soviet movies, the guys began to play music saturated both with pain and euphoria. Such feelings can describe their debut album Whisper. Blast beats and screams are mixed with emotional guitar harmonies, now solemn, now melancholic. These are adrenaline in their blood, complete apathy, indescribable bliss, panic terror, irresistible compulsion, clouding of consciousness, endorphin, prostration.

Fans of such bands as SHINING, DEAFHEAVEN, LIFELOVER and SILENCER should pay attention to this album.