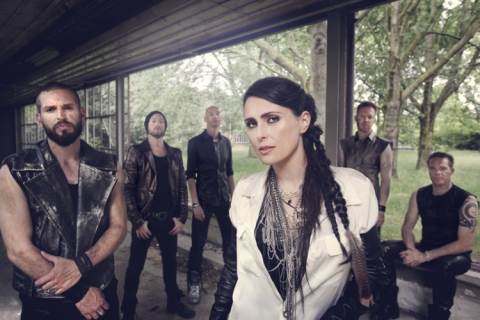 Dutch symphonic metallers WITHIN TEMPTATION have signed a licensing deal with Nuclear Blast Entertainment for the North American territory. The band recently signed with U.K.-based Dramatico for all other territories.

“There are very few bands out there today who continually deliver on such a high and consistent level as WITHIN TEMPTATION,” states Nuclear Blast Entertainment president Monte Conner. “That is why they have such an incredibly loyal worldwide fan base. I am thrilled they chose Nuclear Blast Entertainment as their U.S. partner. Their fans are in for a real treat come later this year!”

Equally excited are WITHIN TEMPTATION’s vocalist Sharon den Adel and guitarist Robert Westerholt, who comment: “We were looking for a partnership with a passionate and artist-minded company. Monte Conner, Markus Staiger [label owner], and the people at Nuclear Blast exactly fit this profile.”