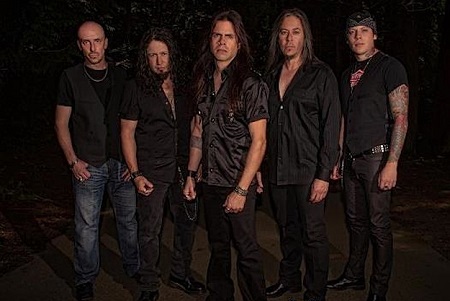 The Todd La Torre-fronted version of QUEENSRŸCHE recently filmed a “mini movie,” with the tracks “Spore”, “Midnight Lullaby”, “A World Without” and “X2” providing the score to a 10-plus minute story, dubbed Queensrÿche: Ad Lucem. The film was created by Veva Entertainment Co. with director Daniel Andres Gomez Bagby and producer Marco De Molina and was filmed last month on location at Central City Stages in Los Angeles.

Commented Todd: “We decided to take a different approach with this video, which is comprised of four pieces of music from our latest self-titled release, Queensrÿche. It’s a conceptual mini-movie music video that invites the audience to scratch beneath the surface a bit, rather than the usual ‘chewed food’ that so many are used to being fed. We really wanted to deviate from a performance type of video so the music and story-line could be the main focus.”

“‘X2’, though it opens up our album, provides for a nice outro to it all. The end result is a roller coaster of emotion in an effort to find a healthy resolve.