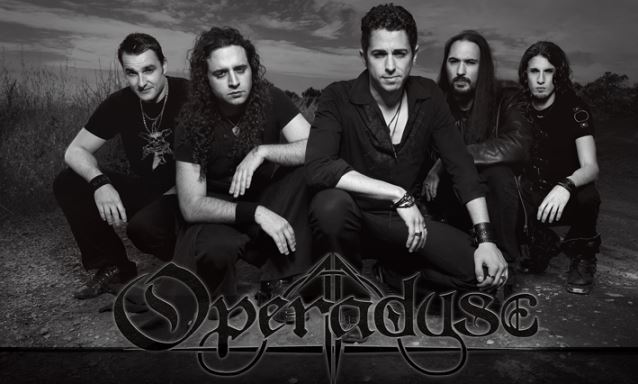 French symphonic power metallers OPERADYSE will release their debut album, Pandemonium, through a joint venture between Sonic Attack and SPV in Europe on November 25 and in North America on November 19. The CD was recorded in late 2012 at Draudenhaus Studio in Nantes, France and “shows a strong atmospheric touch wrapped around a pounding rhythm, driving guitars, oscillating keyboards with the clear and very powerful voice of Franck Garcia giving the band’s style its typical expression,” according to a press release.

The band’s origin goes back to 2006 when guitarist Damien Marco, the mastermind behind OPERADYSE, formed this six-member unit with the help of his friends Bastien Sable (keyboards) and Jennifer Lassalle (vocalist) and three more members. Their first EP, Hope Era Dies, was released in 2009 after the band successfully proved its talent by winning the rock competion “Duels Rock”. After some member changes, the band settled on its current lineup with the addition of Emmanuel Colombier (drums) and Stephane Lambert (bass). Garcia , who is also involved in french band SPHERIC UNIVERSE EXPERIENCE, finally joined the group after OPERADYSE’s original female vocalist Jennifer left the band for personal reasons.

OPERADYSE is strongly influenced by European metal in the tradition of IRON MAIDEN, HELLOWEEN and RHAPSODY.