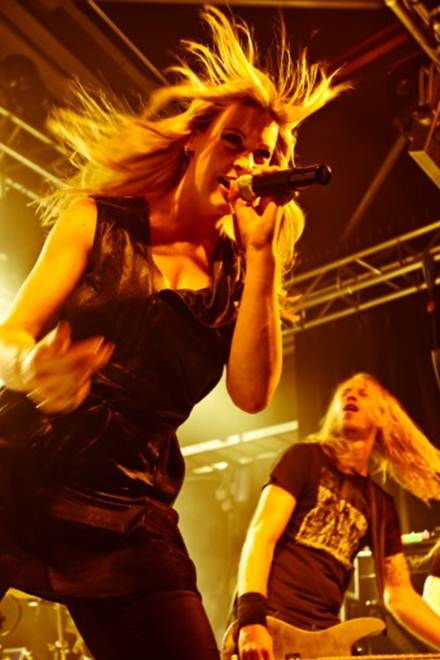 ReVAMP, the Dutch symphonic metal band led by singer Floor Jansen (ex-AFTER FOREVER, current NIGHTWISH vocalist), has launched a Kickstarter campaign with the goal of raising money for the band to tour throughout 2013 in support of their second album, due out in North America this fall.

Rewards from the various pledge levels include signed photos to singing lessons to exclusive stage clothing and a custom Ibanez guitar. Visit the ReVAMP Kickstarter page for more information at this location.