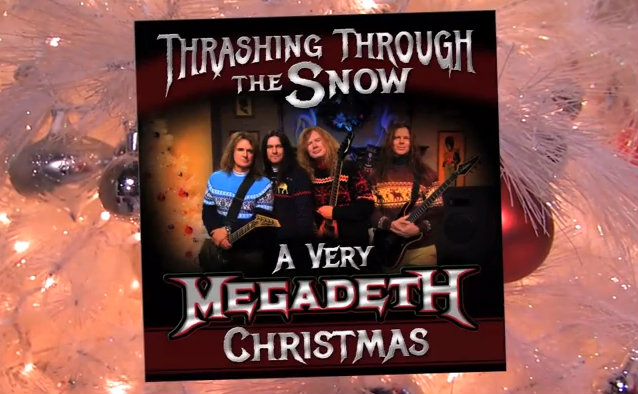 In a hilarious skit on last night’s (Monday, December 16th) episode of Jimmy Kimmel Live!, MEGADETH debut their new holiday album, Thrashing Through The Snow: A Very Megadeth Christmas. The band also performed the Super Collider album cut ‘Kingmaker’ on the Sony Outdoor Stage. Check out the footage, as well as the holiday skit, which is streaming below.