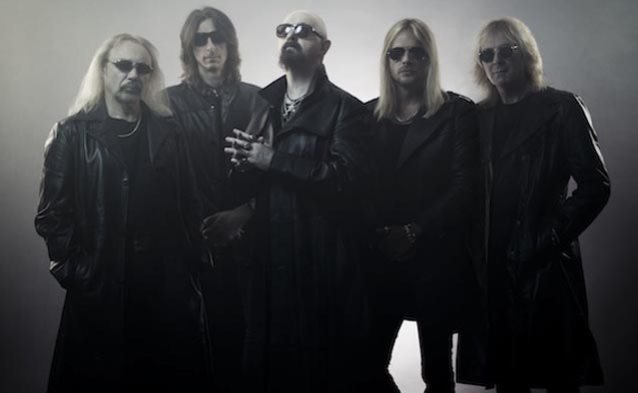 British metal legends JUDAS PRIEST are streaming their new Redeemer of Souls album in full at iTunes Radio . Due in North America on July 8 (pushed up a week from the originally announced July 15) via Epic Records, the CD’s title track was made available for purchase via iTunes and other digital service providers on April 29.