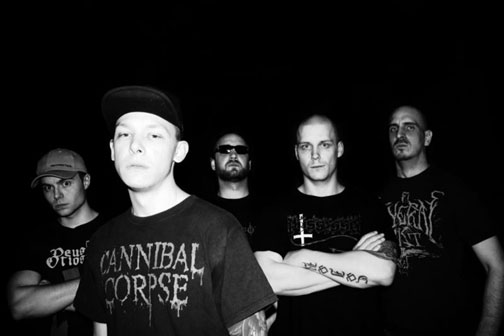 Danish death metallers DEUS OTIOSUS have revealed the cover and track listing of their upcoming third album, Rise, which will be released by Deepsend Records later this year. The cover is created by danish artist, Claude Wit, and can be seen below.

The album was recorded in Fast Beat Studio and Earplug Studio. Mixed in Earplug Studio (MERCYFUL FATE, VICTIMIZER) and mastered at Necromorbus Studio (WATAIN, FUNERAL MIST, NOMINON). The band released their debut album Murderer in 2010 and signed with Deepsend Records for their second album Godless, which was released in 2012.