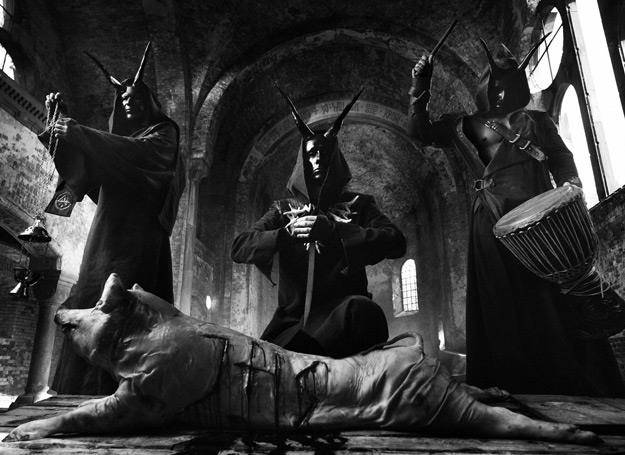 Video footage of BEHEMOTH frontman Nergal discussing the band’s new “Blow Your Trumpets Gabriel” clip can be viewed below. The video was directed by Polish producers Grupa 13, with whom BEHEMOTH previously collaborated on the clips for “At The Left Hand Ov God” and “Ov Fire And The Void.”

The song is released as a digital single and limited-edition 12-inch EP on December 4 via Behemoth/New Aeon Musick in Europe. The gatefold EP will be limited to 2,000 copies (1,000 on white and 1,000 on black 180-gram vinyl), all of which will be hand numbered and signed by the BEHEMOTH band members. In addition to the title track, the single will include two more compositions that will not appear on BEHEMOTH’s tenth full-length album, The Satanist: “If I Were Cain” and a cover of “Ludzie Wschodu” from the influential 1980s Polish punk rock band SIEKIERA.