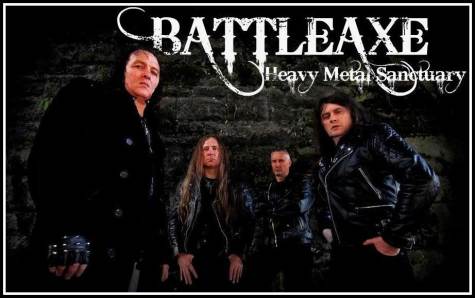 SPV/Steamhammer announced the signing of a worldwide deal with NWOBHM act BATTLEAXE. The newly penned deal covers the release of a new studio album, Heavy Metal Sanctuary, slated for release in early 2014, as well as deluxe reissues of BATTLEAXE’s classic metal albums. The reissues of Burn This Town, due out October 2013 and Power From The Universe due late summer 2014 will be released with new covers, extended booklets and bonus material.

The band has released the following statement: “We think, speaking for the whole band, that we are all elated to be joining the SPV family. A label with great worldwide distribution and also featuring some of our favourite bands. It is wonderful to have the opportunity to re-release our old classic albums again as well as introduce our fans to our new more powerful sound.

“After a long and hard struggle, we have finally managed to complete our new album, Heavy Metal Sanctuary, which we know will delight our fans worldwide. We do not think it will disappoint in either the songs or the production, and we feel that although it sounds modern and 21st century, it is still classic BATTLEAXE!

“We thank all our loyal fans all over the world who encouraged us to reform (indeed some even demanded it), even though some of you were not even born when the original albums were first released. Now because of this new deal, we will be able to see many of you in 2014 on the European festival scene and possibly around the world.

“Finally, of course, many many thanks to Olly Hahn and all the staff at SPV for making this dream come true!”

Adds SPV/Steamhammer A&R representative Olly Hahn: “Sometimes you have to do something….and I did. As a child of the NWOBHM, due to the lack of informations, you had to buy by the cover. In some cases the covers were good but the music average, in other cases the covers were not really good, but the music was killer. This happened to me when I bought ‘Burn This Town’. The whole album, as well as the second one, ‘Power From The Universe‘, are classics for me and I know for many metal fans too. And I heard the new songs which are really strong and will surprise a lot of people. Yes, the band is ready to deliver…so are we!” 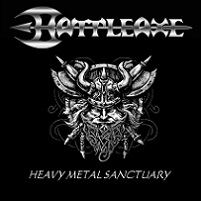