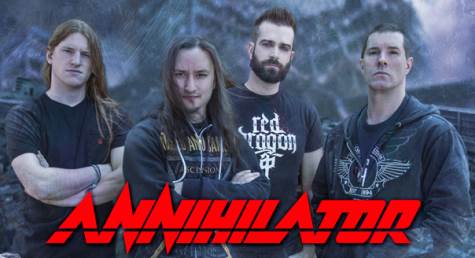 Canadian thrash metal legends ANNIHILATOR have posted the first video teaser for their forthcoming album Feast. The teaser can be viewed below.

Annihilator is the biggest-selling Canadian heavy/thrash metal band in Canadian history with close to 2 million units sold. Says Waters: “We truly are among the few bands with a long history, that have always waved the flag for honesty, integrity and perseverance in this hard-edge category of music.”