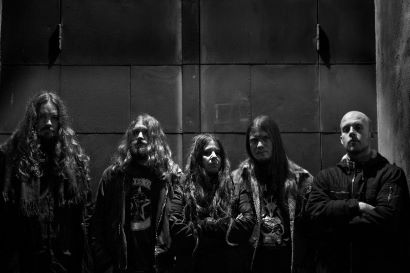 Touring in support of their third LP, Rites Of Separation – their first for Southern Lord Recordings – Sweden’s AGRIMONIA has confirmed their return to the US this Fall.

The upcoming tour will see AGRIMONIA on a three-week venture, launching on November 12th in Los Angeles and winding clockwise through the entire country until the final riff devastates Phoenix on December 4th, bringing their morose blend of crust and gloomy metal to the American hordes. Support for the entire trek will be provided by Arizona’s black/death rockers TOAD. Confirmed shows are as listed:

Following LPs on Skuld Records and Profane Existence, AGRIMONIA joined the Southern Lord roster in mid-2012. Their label debut, Rites Of Separation, was mixed by Fredrik Nordstrom at Studio Fredman (AT THE GATES, OPETH, ARCH ENEMY), and presents the band’s most damaging alloy of metallic influences to more expansive realms than ever. The album’s five massive, dense tracks encompass a full hour, delivering the band’s crustpunk ethos through grating, doom-filled riffs and post-metal voids, merging into an emotional and crushing blend of CRISIS, BOLT THROWER and NAUSEA. 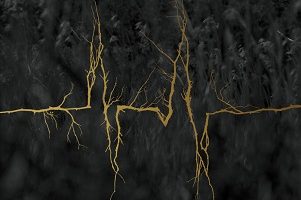