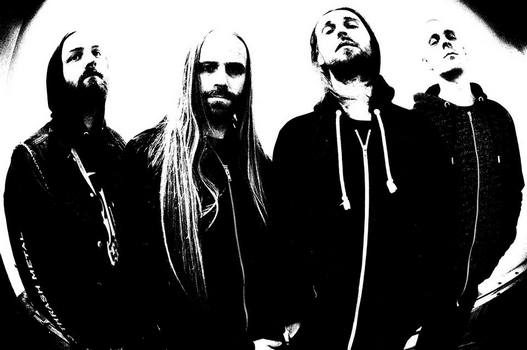 Many musicians feel very comfortable taking two sub-genres of the underground metal movement and developing a fresh nuance to an established sound. For Norway’s Wyruz, thrash is certainly the foundation of their style since starting in 2002 – but you can tell that there are numerous death and extreme elements (blast beats and fiery guitar trilling among them) that push the songwriting and performances in less of a commercial direction than say their Bay Area or Teutonic counterparts.

Signing to Australia’s Battlegod Productions, the second full-length Judge and Jury contains 13 songs of filthy, aggressive songs – yet never forsaking the necessary melodic textures to gain permanent retention in the cranium. If you believe current Slayer or Testament is vicious, check out “Limitations” or “In Hell” from this latest record and you’ll understand that there’s a little bit of love for Death and Behemoth going on behind these gentlemen in the tried and true thrash platform.

Feeling the need to allow guitarist/ vocalist Vegar Larsen an opportunity to speak about Wyruz, you will learn about the 14 year development of this quartet – as well as the challenges that exist rising up in the current business model of the metal music industry. Sprinkle in a little talk about their Norwegian local scene, a disdain for everyone being on their smart phones, and their attention to detail in the writing/performance departments and you have the makings of a fun, informative conversation.

Dead Rhetoric: What can you tell us about the early Wyruz years from 2002-2005 as far as how the lineup developed, early covers and songwriting sessions, and how you came up with such a unique name? Did you always know that you were going to play a filthy form of thrash with extreme nuances?

Vegar Larsen: Myself and Kim started the band back in 2002, and we are still here and we`re even more motivated than ever before actually, but back then we got a good friend Per Kristian to grab the bass, and Embret, a very talented piano-player to work the drums. We have always been really into the band Death, and this was probably the main reason that we became a band in the first place.

We started to rehearse Death-covers, and on our first ever concert we only played songs from the band, Death. Embret was drafted into the military a short while after and we got Odd-Arve to replace him. Odd-Arve was in the band until 2008 I think? He was a really good drummer and he played on both our demos until he quit because he wanted to focus on a new project.

I really don’t remember how we came up with the name, but it stuck with us I guess. I don`t think we had any plans on what kind of genre we wanted to do back then, but we have always liked the technical guitar-stuff such as Death, with dual guitar-solos and memorable riffs, so it had to be something in the thrash/death department.

Dead Rhetoric: Tell us your thoughts on your demos Sleep When You’re Dead (2003) and Your Angel (2006) – how do you feel about the recording and songwriting of each effort, and what milestones, highlights, or obstacles came up as a result of each effort?

Larsen: First I wanna say that I so definitely like both our demos. They were such an honest effort and I think they contain lots of technical and good songs. Especially the song “Sleep When You`re Dead”! Every time we play that song it`s the song people remember the most. It was also the first song we ever made. We played support for Entombed back in 2003 just after releasing the demo and it was one the most memorable gigs in our hometown, Hamar that people still talk about to this day.

We did both the demos in Ram-Zet`s studio the good old fashion way, and we had a good time tracking them. In the aftermath of both demos we tried to get a label interested, but we could not get lucky at that time.

Dead Rhetoric: What exactly caused a six-year gap from that second demo until your debut full-length album Fire at Will hit the streets in 2012? Was part of the delay changing out drummers with Kenneth Skårholen joining in 2009- and were you familiar with his work in Tidfall?

Larsen: I moved to Oslo at one point and that was the main reason that we had a gap in those years, but we never had any plans on quitting. Another reason was that Kim had another band, Criterion, and I also played the session-guitar for them so Wyruz was put aside for some time. Kenneth played the drums in Criterion so we all played together long before he ever joined us, so it was all very natural that Kenneth would join us as soon Criterion was laid to rest and he no longer had any band.

Dead Rhetoric: Fire at Will came out as a self-released effort – did you shop this to other labels or was it intentional to keep things in house, and how do you feel the response was to this effort from critics and fans? What do you consider some of the highlights?

Larsen: We tried to get a label, but with no luck, so we figured we should try ourselves. It was something we learned a lot from, but you can only do so much with no support from a label etc. We got pretty good reviews I think and it gave us a boost as we could sell (our work) easier into venues and such. We did the European Tour with Blood Red Throne in 2013 and that must have been the most memorable.

Dead Rhetoric: How do you feel your Norwegian invasion tour of Europe went in 2013 with Blood Red Throne, Aspherium, Inquested, and Grinding Fortune? What takeaways did you come away with when it comes to playing live in a variety of clubs/venues and stages, and what were some of your favorite countries/cities to play?

Larsen: The best way to learn is to play live, and we grew every day as a band on that tour. When you see the other bands deliver good shows day after day you just need to be ready and know your shit. All the guys on the tour were just awesome, and we all became friends and have stayed in touch. I must say that Paris in France and Hilversum in The Netherlands were the best (shows) on that tour! We will tour Europe in 2017 and that`s for sure.

Dead Rhetoric: How did Battlegod Productions from Australia come into the picture to sign the band for your latest album Judge and Jury? Did you have any worries about signing with a label so far away from Europe?

Larsen: Well, we sent Battlegod 2-3 new songs and a music-video we had done for “Carved In Stone”, and they were interested right away. From that point on we spent some time to get to know Pete and Battlegod and we tried to find out if we could get a good thing going. Pete (Kotevski), who is in fact Battlegod, shared some thoughts with us and we liked what we heard. We also called up some of the Norwegian bands on Battlegod that we knew, and they had only kind words to say about the label. It`s a good thing when the bands on the label actually like the label, so we gave it a go. So far it has been very good. After a while we learned that Pete is very passionate about his music and therefore the bands on the Battlegod-roster are more than just products. He really puts down major effort for us and helps us (in) getting our music out there, he does what he says he will, and on top of that he`s a really cool guy!

We had some concerns about Battlegod being an Australian label, because it`s a long way from Norway, and it would have been easier if our label was just down the street, but in our day and age, you do most of the communications over the web anyway. We do notice the time-difference though, but that`s about it…hehe!

Dead Rhetoric: Tell us about the video for “Carved in Stone” – how did you the shoot go, who developed the concept and what do you feel about the medium and its importance through YouTube/social media?

Larsen: The video for “Carved in Stone” was shot in a gravel-pit in our local area in mid- October last year. The shoot went pretty well, but we had to wait a long time before we could begin to shoot because of the sun, and we also had to wait for it to start setting. When the sun goes down in Norway in October it gets very cold, so it was a long evening with a lot of shots, hours of freezing our asses off! We were supposed to look somewhat sweaty, and when you pour water over yourself when it’s cold outside, you get, well, cold. But it was a cool experience in every way!

The concept was developed by the ones who shot the video, CoreCom media. They make promotional films, commercials, product videos, aerial films, underwater films, etc, and they are also good friends with the band.

Well, in this day and age, the social media part is more important than ever. You need to build up your social media channels and be active to gain fans and get your music spread. As a tool for spreading music it’s great if you can use it to pinpoint your music to the right audience and get it across to people who like your band’s music, so no doubt that it is very positive. There is also the down note of the downloading aspect where people who just sit inside and watch concerts on YouTube, because everything is uploaded and spread so fast these days, and that is kind of sad. People need to go to concerts and support the bands they like, so they can continue to create records and play concerts/tours/festivals! But from experience it seems that metal fans are loyal and support the bands that they like. 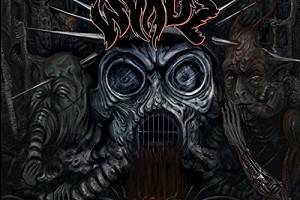