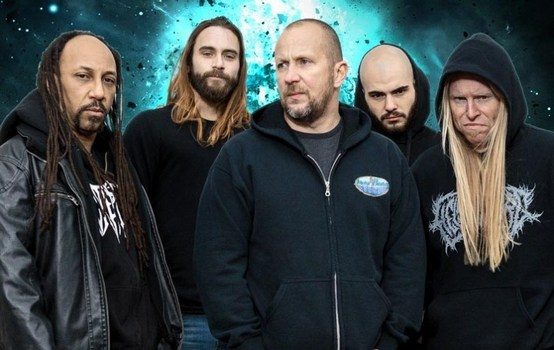 Without question one of the most influential bands of the death metal scene, Suffocation brought with them a sound that has captivated fans for decades. Not to mention inspired legions to attempt something similar with their own bands. While Effigy of the Forgotten and Pierced from Within solidified the act as legendary, even more recent efforts like Pinnacle of Bedlam and …Of the Dark Light have added extra polish to said title.

As the band has continued onward in more recent years, vocalist Frank Mullen has been at the helm for each new recording, but the band has often had replacements on tour. Earlier this year, it was announced that Mullen would be taking one final trek with the band across the US and then move into ‘death metal retirement’ per say. Naturally, we took the opportunity to get a few questions with the man of the hour and discuss his own look back at the band over the years and what he plans to do in his future.

Dead Rhetoric: You’ve been involved with the band less on the road in more recent years. What made you decide that this was going to be it for you with Suffocation?

Frank Mullen: I have been talking about it for the last 5 years, and still doing some shows here and there. It just got to the point where I wanted to give it one last shot – go out on the road and see the fans here in the States and put on one last tour. I want to be able to do it while I still can. I don’t want to be one of those washed-up guys. With the touring schedule, it’s rough for me, so I figured we could put one last tour together – make it really cool and end on something special.

Dead Rhetoric: What are some of the physical demands of playing death metal as you get older that some people may not understand?

Mullen: The main thing for me too was that it gets harder and harder to continue to sing like that. When I was younger it was a lot easier to recover. As you get older, and I’ve been singing for almost 30 years now. It takes a toll; it’s pretty rough on the vocal cords. So that’s why I wanted to do one last thing, and wrap up the whole career I’ve had while I can still do it. It gets rough you know [laughs].

Dead Rhetoric: What do you look back on as some of your finest moments in the band?

Mullen: For me, Terrance [Hobbs], Mike Smith, Doug Cerrito, Josh Barohn – the guys at the early part of the band – I’m just grateful and thankful we were able to put together such a long and great career. We put this band together not knowing what would happen. Just getting that chance, and getting signed to a label – getting to bring our music to fans all around the world. I never thought it would be something that would happen. That’s the best moment of Suffocation.

Dead Rhetoric: Is it strange to see how the ‘hand chop’ has become something all of its own since you created it?

Mullen: Yeah, it’s cool to see. It was something I just started doing, basically following the blast beat of the drums. It came to me while I was on stage, and I decided to go with it. Next thing you know, I’ve got fans doing it back to me and it kind of blew up and became its own thing. I think there’s even a Facebook page – “The Thing Frank Mullen Does With His Hand” [laughs]. It’s really cool to see something like that, which is unique to me. Seeing fans doing that back to me when we are playing live, it’s an amazing feeling.

Dead Rhetoric: What do you feel are some of Suffocation’s strongest contributions to the death metal genre?

Mullen: When writing our brand of music – growing up here on Long Island, we were influenced by a lot of different types of music – hardcore, thrash, death metal – we took all the different parts and incorporated it into our songs. It’s really humbling to hear people saying that Suffocation influenced someone’s band and that they model after us. It’s pretty cool to get that type of honor. People saying, “I heard you playing or I heard you singing and I want to sound like you” – that’s pretty awesome to have that kind of influence on people.

Dead Rhetoric: What’s kept you attached to death metal for so many years, through the ups and downs?

Mullen: The love of the bands, music, and fans. I’m definitely going to miss it. I’m definitely going to miss playing shows and things like that. It’s something I created back in 1988, and even though we have had members of the band change, it’s always been a driving force as far as wanting to keep doing it as long as possible. I do love it and it’s the sickest accomplishment that I have put together, with my fellow guys and friends.

Dead Rhetoric: You have always gone back to Breeding the Spawn with each new release to re-do a song. With you exiting, is this something the band will continue?

Mullen: I think so, yeah. I’m pretty sure. The goal was always to wrap up and put all the songs from Breeding with a proper production. I think that they will finish doing that.

Dead Rhetoric: You were in a few B-movies, is that something that you are still interested in pursuing?

Mullen: I’m not going away and people won’t see me – ‘Frank disappeared off the face of the Earth.’ I’m still want to put some type of music out there, whether it’s projects where I get together with friends of mine or maybe do a song here or there. Then I definitely want to dive more into acting. That’s another passion that I want to pursue.

Dead Rhetoric: So what drew you into that avenue?

Mullen: I had always wanted to do it, I just didn’t know how to. Then James Balsamo, who I have always done films with now, of Acid Bath Productions – he is a fan of the band. He actually hit me up when I first started and asked if he could use a Suffocation song in a movie. That was no problem, and then he asked if I was interested in doing some acting, and I said of course. That’s how it happened. I think I’ve done about five movies with him. I’ve also done some background work on things like Blacklist and stuff like that. I want to get more involved in it, and I’m going to try to push it. Hopefully it will give me a career just like Suffocation did for the last 30 years.

Dead Rhetoric: So what are you most looking forward to now that the band will be in the rear-view?

Mullen: The acting stuff, spending time with my family, and I want the band to be able to continue forward with Ricky [Myers] without the question of whether I am doing some shows, being on the album, etc. I want those guys to be able to go out and keep pursuing it and take it for as far as they can go. I’m going to try to get involved in things, like music – just recording and writing. No touring. Who knows, maybe I’ll take up golf or something like that [laughs]. You can always follow me on Facebook at my official page, or Instagram. That’s where you can see what I’m up to after retirement [laughs]. 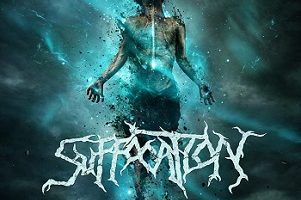