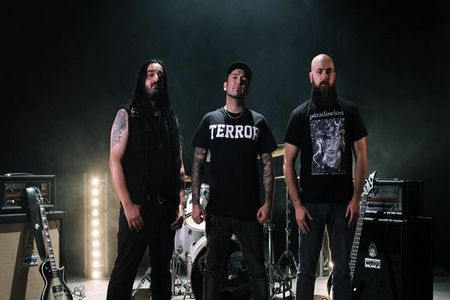 [9/10] These are head turning times if you are a lifer in the melodic death metal fan club. Realizing that as bands gain more seasoning, life experience, and naturally get older their outlook and style can also change, it may mean that fans collectively turn their backs and seek out acts which stick to tried and true principles that put the Gothenburg scene on the map in the 1990’s. Relocating from Greece to Sweden in their early years, Nightrage has consistently built a following amidst consistent lineup changes (guitarists Gus G. and Olof Mörck of Firewind/Amaranthe fame and vocalist Tomas Lindberg of At the Gates spent various time in the band) and the shifting label tides.

The Puritan is their sixth studio record, coming four years after 2011’s stellar Insidious with a new record label in hand and another significant change vocally, as Ronnie Nyman takes over the roaring screams and growl duties from 7 year veteran Antony Hämäläinen. Guitarist Marios Iliopoulos tackles the songwriting from the essence of the melodic death platform – the hooks are obvious, yet wrapped around a ferocious riff/growl/tempo combination that causes spontaneous body convulsions and severe neck whiplash. Ronnie’s voice has that crossover hardcore forcefulness along with the discernable death growls that keep songs such as “Desperate Vows” and “Son of Sorrow” on target, relentless, and never compromising for commercial aspirations.

A key to appeal is Nightrage’s variation in terms of combining those relentless, pounding rhythms for certain measures, and then quickly on a dime turning out a brilliant, melodic transitions. “When Gold Turns to Rust” combines both elements for The Puritan signature song for my tastes, session drummer Johan Nunez galloping away in a Slaughter of the Soul meets thrash manner, then comfortably settling into a more relaxed, double bass groove – pogoing between the two seamlessly. And if you miss a lot of the crushing harmonies and layers that made pre-Reroute to Remain In Flames superstars, believe that “Endless Night” and the title cut should quench that long lost thirst.

The Puritan will be one of the early contenders for melodic death metal album of 2015 – and hopefully have enough legs to get Nightrage over for more touring escapades in North America. Perseverance deserves its own rewards, and the consistency of Nightrage’s discography will allow this album to slot very nicely in their high caliber catalog. – Matt Coe

[8.5/10] Alas, the only thing that seems to stay constant about Nightrage’s line-up is what seems to be the perpetual revolving door. Having utilized some of the strongest metal players throughout the years, Nightrage has always been waving the Gothenburg flag of melodic death metal high for all to see. The Puritan is no exception to this.

The best tag line for The Puritan seems to be “what’s old is new again.” Founding member/guitarist Marios Iliopoulos has always had the gift to be able to write melodic death metal that is pure and free from the later tarnishings of “modern” influences, and The Puritan contains some of his catchiest works yet. Cuts like “Fathomless,” “With the Blade of a Knife,” and “Son of Sorrow” are seething with venom, yet keep those trademark Nightrage melodies very much intact, stimulating the amygdala as much as the cerebrum. In keeping with “what’s old is new,” the acoustic instrumental “Lone Lake” is a rather enjoyable throwback to the early days of Gothenburg. As are the sugary sweet guitar harmonies of “Endless Night” and “Foul Vile Life.” New vocalist Ronnie Nyman mostly sticks to throaty shouts, but it’s the type of thing that this style of music needs – more fury and less flash. There’s a bit of deviation into some cleans (thankfully not of the modern variety) on “Desperate Vows,” but it works because the remainder of the tracks don’t attempt to mimic its vibe.

The Puritan doesn’t veer off from traditional Nightrage territory, but then again, it doesn’t need to. One of the few dependable bands left for a good taste of vintage melodic death metal, Nightrage continues to do what they do best. Six albums in, Nightrage have already proven they can stand the test of time, and The Puritan will easily please long-time fans and maybe grab them a few more as well. – Kyle McGinn 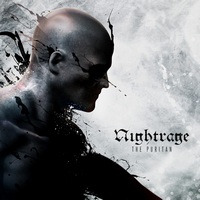