Another year in the books, and another year of gratitude from myself for this planet’s most dynamic genre of music, and for all those who are compelled to make it happen. When almost everything seen and heard on television or social media makes me want to blow my head off, it’s great to have this dark and dirty corner of the room to call my own – no popular trends, no kanye wests, no reality sluts.

This year I got to see shows from Primal Fear, Sólstafir, Sonata Arctica, and the legendary King Diamond. I listened to a ton of albums – some great, some shitty, and a lot in between. Outside of metal, I enjoyed new albums from Interpol, The Twilight Sad and Junius (EP) – and was disappointed by The Gaslight Anthem and Pink Floyd releases. Metal-wise it was another good year (seriously, when is it not?) with many more quality albums than I can fit onto my year-end list…but I’ll give it a shot. 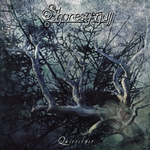 1. Shores of Null – Quiescence (Candlelight) It really is always about the vocals, isn’t it? In front of a great band playing driving, catchy melodic death/doom, singer Davide Straccione is positively great in this knockout of a debut. Able-throated as a death metal singer, his spine-tingling cleans are the star here. I had to know, and when I asked him about any Alice in Chains influences (as many people have), it turns out to be just a fortunate coincidence (it’s the harmonies). Not to be missed. 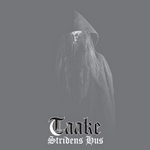 2. Taake – Stridens hus (Dark Essence Records) A true master of Norwegian black metal, there’s nobody quite like Hoest (who handles all musical duties). His melodic-but-jagged guitar riffs cut an aggressive, and somewhat progressive hole into the canvas of run-of-the-mill Scandinavian BM. Having released some seminal albums in his accomplished career, Striden hus is an absolute gem. 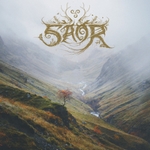 3. Saor – Aura (Northern Silence Productions) What a great album this is. One-man atmospheric/folk black metal band, Saor, is Andy Marshall from Glasgow. On his second album he is accompanied by another phenom of the one-man BM scene in American Austin Lunn on drums (aka Panopticon). Wonderfully evoking the beauty and harshness of the Scottish Highlands, complete with traditional instruments, this album hasn’t left my side all year. 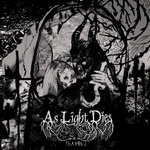 4. As Light Dies – The Love Album Volume I (MMA Productions) Start to finish, probably the most perfect album I’ve heard this year. These Spaniards have crafted a dark, avant-garde black metal opus which is original, emotional, savage and engaging. Dan Swanö at the engineering helm sure doesn’t hurt. 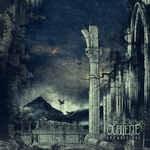 5. Oubliette – Apparitions (Self Released) This melodic black metal band from Tennessee made my head spin by how good this debut album is. Featuring members of Inferi and Aether Realm, great vocals, lush textures and excellent instrumentation, Oubliette stand well apart from many other USBM bands out there. No trappings of any domestic scenes here, this stuff rivals the best European melodic BM today. 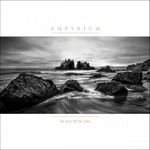 6. Empyrium – The Turn of the Tides (Prophecy Productions) Twelve years between albums, German symphonic folk metallers Empyrium unveil a modern, well-matured album, maybe best enjoyed on a rainy night, by candlelight…in a castle (if you have one). I love this album – maybe seen as a letdown to some old fans, this is a definite mood-piece that brought some much needed gray to a disgustingly sunny summer. 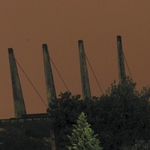 7. Furia – Nocel (Pagan Records) A year of several high-profile Polish releases, it is Furia who impressed me the most of the bunch. Playing a refreshing style of black metal that’s big on atmosphere, melody, darkness and riff (sure, that doesn’t sound like anything new, but trust me, this kicks like nobody else out there). It’s an album that commanded numerous repeat listens, one after the other. Great stuff. 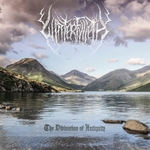 8. Winterfylleth – The Divination of Antiquity (Candlelight) Winterfylleth follows up a monstrous album with another one. This is a band who has, seven years and four albums in, established themselves on top of the pagan black metal heap. They’re on fire. 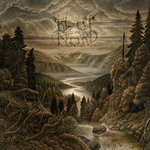 9. Blut Aus Nord – Memoria Vetusta III – Saturnian Poetry (Debemur Morti Productions) Finally finishing the Memoria Vetusta trilogy started almost two decades ago, one of the most unique black metal bands on Earth make good on that promise, and pen a stellar conclusion. What’s really cool about it, is as busy as they are in recent years, this album sounds distinct to this trilogy – different in feel from other recent trilogies or stand-alone releases. 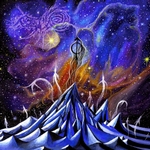 10. Mare Cognitum – Phobos Monolith (I, Voidhanger Records) Another one-man atmospheric black metal band (from California), and excellent stuff indeed! Phobos Monolith is mandatory listening for atmo-black fans and fans of bands like The Ruins of Beverast. Jacob Buczarski, the man responsible for this, is exceptionally talented. 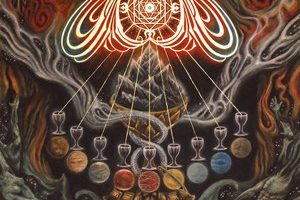