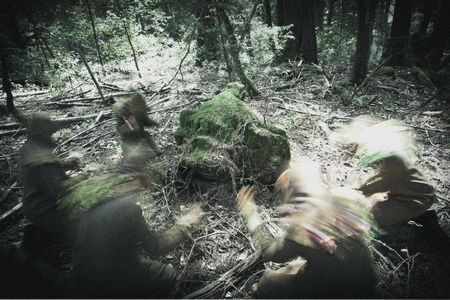 When you think of heavy metal, you tend to think of the most traditional of themes and forms. Electric guitar wizardry, themes of death and decay, and visceral intensity. But not all bands are willing to play by the book. One such band that has emerged over the past few years is Botanist. Utilizing a hammered dulcimer as his main tool, Otrebor has designed Botanist to be unique among the metal scene. Displaying different influences and not willing to settle on specific subgenres to present the sound of Botanist, the hammered dulcimer does bring it all together with each album. Botanist is also conceptually heavy, providing a story of The Botanist, who is awaiting the self-destruction of man and the takeover of plant life to renew the Earth.

Since the band’s one-man conception, the live aspect of Botanist has caused the necessary expansion to a full-blown band. As you can see from the photos that accompany this interview, Botanist is a band that shifts focus away from the members themselves in reverence to their mission at hand. With this summer’s release of VI: Flora, we thought it due time that we checked in with Botanist’s main man, Otrebor, to catch us up to speed on this unique band. Read on to delve into the philosophy and lore of Botanist, the challenge of bringing the unique sound of the band to the live setting, and whether or not humanity can save ourselves at this point.

Dead Rhetoric: I’m sure you get this question all the time, but out of all the instruments, why the hammered dulcimer?

Otrebor: The hammered dulcimer is a beautiful instrument. It’s got an amazing choral effect; it’s sort of like playing a small piano with the dampers off. Every note resonates until it’s final decay. All of this contributes to a great harmonic sense, which is something that Botanist is very interested in musically. It was really an ideal choice in that regard. It’s also an under-appreciated instrument. There’s not a whole lot of variety in application of hammered dulcimers. Mostly folk music, a bit of classical music, and probably some fusion things if you dig, but no one has done it in the context of Botanist.

It’s really an ideal instrument for someone like me, who’s primarily percussive/bass. Especially when I started doing the first record, it was a way to transcribe the music that was flowing around in my head, and transcribe it into actual music. It seemed like the best means to make the record that needed to be made immediately. It was a burning, burning thing that needed to be done and it could not wait.

Dead Rhetoric: Along with that, when you are writing with the hammered dulcimer in mind, are there any challenges when you are trying to figure out, for lack of better word, a “riff” you are going for?

Otrebor: Actually it’s not. It’s almost a stumping question, the notion of what is challenging. It’s not really a question of challenge; all of this stuff is just channeled through me. I just sit down and start writing/recording/composing and the notion of ‘this is really hard, or this is particularly challenging’ has never really crossed my mind. I had to search to figure out what is most challenging or not.

The answer to what is most challenging just gets really mundane. At first, I didn’t know how to record myself and I had to figure that out. Luckily I had Jack Shirley to help me out, my mixing engineer. It’s really more of a question of this innate music that exists within me that comes partially from me and partially from someplace that I’m not really sure, that just gets let out. A lot of it is feeling, and I’m anticipating your next question about how challenging is it on stage, and that’s definitely where the challenge lies, it’s not the writing and recording aspect.

Dead Rhetoric: That was down the line somewhere; what’s the hardest challenge of bringing Botanist to life on stage?

Otrebor: The hardest challenge of bringing this to a live setting, since Botanist is in it’s own right, re-writing the book of this kind of music and the application of this new instrument, and instruments because I’d include the harmonium in there as well. These instruments are not made to be used in the way Botanist uses them. It’s okay, you can get by in the studio setting because of various aspects that allow you to take an instrument that’s essentially acoustic and distort it. When you go on stage, that’s really not so forgiving. So we basically had to, in a tangible sense, re-invent the wheel and get these already very specific dulcimers to be amplifiable to the level of a respectable metal/rock band. That was a process that took about 6 to 8 months of trial and error. I’m cutting the story down, but eventually what we did was a man who makes these particular instruments figured out that you could take these magnetic pick ups that are made for pianos and adapt them to a dulcimer.

Now we can go on stage and blast amps and there’s no problem. But it was definitely a pain in the ass at first. Trying to figure out what we were going to do; are we going to run them through the P.A. and the problems that causes, and then the dulcimers were picking up everything; the dulcimers were big open mics, and the drums were being distorted by the dulcimer and it was a huge mess. Originally we had contact mics on there, which worked to amplify a little bit, but doesn’t work when you have really loud everything else around, and the contact mic would act as an open mic and pick up everything else around it and that’s no good.

Dead Rhetoric: In terms of Bandcamp, if that wasn’t around, how does a band like yours get your name out there?

Otrebor: Bandcamp is a very important tool for Botanist, and I’m sure many other bands. It has such a great renown about it that people respect it; it’s like a common word amongst people that are music enthusiasts that like to listen to things online. I really appreciate that because it’s a great source of income for Botanist and so many other bands. But it’s certainly not the only thing that gets things out; blogs like yours and word of mouth is always the most important thing. A good label and distribution is very important. And the most classic way is having a band that plays shows and people go. For Botanist, it kind of went ass-backwards. The shows happened because of everything else. Now the shows are happening, and that will lead to bigger and better success presuming that we play excellent shows that I’m pretty sure we will, and we do.

Dead Rhetoric: You skipped over album V, from what I read, it seemed like you thought it was a better philosophically and a better progression from IV to VI. Are you going to come back to V?

Otrebor: You are correct, we did skip over V, and I realize that is at least confusing and at most irritating. It wasn’t really a philosophical comparison. Botanist made all of these records; we started recording in 2009 and are still recording. Not as much, as the live aspect of the band has really taken a lot of focus away from the recordings. This isn’t something that I’m complaining about because there is a ton of material that has been put out, and a ton of material to come that is conceptually in place but has not been recorded.

We had all this stuff and notably a number of EPs locked. Of course, V was the next chronological, but then everyone in the band, myself included, thought that VI was clearly the best record. So if you have two records, it’s not a book. It’s not like there is a chapter missing in the story. Even with bands that have a story, like Rhapsody of Fire. There’s something of a story there and people that are really into that will follow it. There’s nothing like that going on in Botanist, if you skip something, it’s not that big a deal, other than the obvious Roman numeral incongruity.

VI was the best record that Botanist had at that time. That’s the one that we kind of hit the home run with. To answer your question, V will be released. I’m not sure when; probably years down the line. Maybe after VIII or IX. The progression in records to come is too important to at this point conceptually to take a pause and go back to V. But V is important and it will be released.

Dead Rhetoric: That leads to what I was going to ask actually. VI isn’t as conceptual as some of your previous records. What was the basic premise of Flora?

Otrebor: It was the endeavor of making a dream-like record. It was something that was important to attempt because dream-like sound and bands that invoke that have a big impact personally upon my enjoyment. And one of the things that Botanist does, in terms of being a metal band, are little tributes, maybe subtle tributes to metal. And also a tribute to non-metal bands such as Stars of the Lid, who are (and all the related projects to that band) a major influence upon me. The second thing is that Botanist had gone down a very clear and not accidental path of misanthropy path, in that black metal way of thinking.

But at a certain point, it was so far down that rabbit hole, it distorted what the main point of the band was. The point of the band is the reverence of nature as God. Seeing plants and flowers, and by extension, animals and fauna, as the clearest interpretation of the divine that we can perceive. That is the most important thing about Botanist. Even in the records like Mandragora or Doom in Bloom, its still going on but it’s wrapped up in this black metal misanthropy. Flora has this dream-like atmosphere, and goes back to the roots of what Botanist is really about. So it’s less conceptual as an album, but it’s nonetheless as conceptual as the band’s mission statement.

Dead Rhetoric: So when you go to VII, VIII, IX, what direction do you feel that it’s going to be going in?

Otrebor: I can tell you that it’s very clear in terms of concept, and in terms of sound approach; with Botanist it is just as much about the approach to recording and the approach to sound as it is about the particular topic. It’s all very clear through album X, and perhaps an extra EP or two. Although the EPs allow us to make music as we want to make music. It doesn’t necessarily have to be heavily conceptual or different than anything else that came before in the discography. But I’m not going to disclose any details about that at this time; you have to leave some things to the imagination.

Dead Rhetoric: I don’t want to make you seem arrogant so I’m going to mention it first, but when you think about what you have done with botany, do you feel it goes along the same lines as what Carcass did for medical terminology?

Otrebor: Remember how I was saying that Botanist has a good deal or subtle/overt homages to metal, and certainly that aspect of Carcass, making one of it’s unique marks on upon the scene was doing what it did with lyrics about medical terminology was definitely not wasted. I was not oblivious to that when Botanist started, and in a way, as far that is concerned, Botanist is a bit of tribute a to Carcass’ legacy. 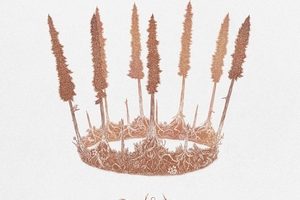 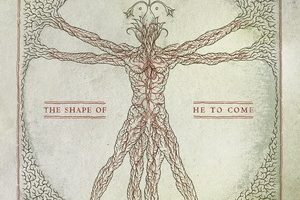 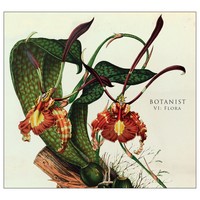