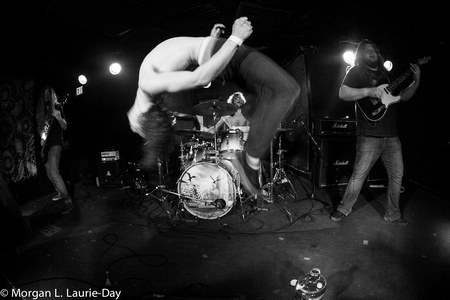 Heavy metal as an art form no longer has to develop and prosper in major metropolitan cities. The ability to get your music heard now is easier than ever, so even acts from outer reaches can stand toe to toe with New York or Los Angeles – often obliterating the competition due to a different approach, environment, and set of influences that allow these artists to shine away from the big brother bubble.

Barishi is a quartet that need to be on your radar screen if you love a left-field brand of progressive metal. Sometimes speedy, always gritty, and featuring a host of sludge and extreme influences – they’ve made quite an impression in New England and beyond its borders. Their self-titled full length of 2013 and current Endless Howl EP that recently hit the market are well worth your time and cash investment. Preparing for a month long tour across the USA as openers for Felix Martin, this series of questions came back fairly quickly from bassist Jon Kelley – and know that there is more than woods and hunting to be had from the great state of Vermont.

Dead Rhetoric: Barishi hail from the state of Vermont – obviously well known for a lot of trees, maple syrup, and Phish more so than metal bands. How did the band as a result of being away from any ‘known’ scene develop your brand of gritty, eclectic progressive metal?

Jon Kelley: The trees are pretty cool and real VT maple syrup is hard to beat. As far as Phish goes, Phish food is a pretty damn good ice-cream flavor but the positive thoughts end there. We formed the band with the idea of playing some sort of King Crimson-esque progressive fusion. Our songs naturally became heavier. In 2012 our vocalist Sascha joined which opened up a lot of possibilities. The sound started developing in a dirtier, more aggressive direction. When it comes down to it we try and write stuff that sounds good to us. We’ve trashed a lot of songs that didn’t sound right.

Dead Rhetoric: Your latest release is the four song Endless Howl EP – can you give us some details on how the recording and songwriting sessions went for this? Any particular surprises or frustrations come up that influenced the outcome – and how do you feel the material compares to your self-titled debut album?

Kelley: The songwriting was our standard method. Someone comes in with a riff or two and we build off of that. The album and the EP were recorded with Brian Westbrook at PDP Productions in Greenfield MA. We are very pleased with the way the EP came out. I would say that the EP is much more concise and aggressive sounding than our self-titled album.

Dead Rhetoric: What types of topics does the band like to explore lyrically? Do you enjoy leaving certain things up to listener interpretation?

Kelley: Mysticism, films, and stories we make up. They cover a lot of ground and there is no real consistent theme. For me the main function of the vocals is adding another rhythmic and overall sonic dimension to the music. One of the things that I appreciate about screamed vocals is that the lyrics are often difficult to decipher and lend themselves to personal interpretation.

Dead Rhetoric: I’ve been fortunate to take in your live show a few times around the New England area – and Barishi take no prisoners in my opinion, especially as your singer Sascha Simms actively engages in a lot of crowd participation. What is your outlook on live performance- and what have been some of your favorite shows/place to play through the years?

Kelley: We’ve had the pleasure of playing some pretty cool venues over the years. Ralph’s Diner, The Middle East, The Palladium and many more. Nectars in Burlington VT has a metal night on Mondays that is always off the chain. We’ve always thought of ourselves as a live band first and foremost. As proud as we are of our recordings, a good recording doesn’t mean shit if you can’t back it up live.

Dead Rhetoric: Your guitarist Graham Brooks works for the Brattleboro Turn It Up used record store, so I would imagine he has some interesting heavy music finds come through the store or stories to tell through the years? And how does the band balance out the day job versus building Barishi as a band struggle?

Kelley: Graham’s job has given him the opportunity to interact with all sorts of interesting characters. A memorable interaction was with a man who tried to sell him a plethora of Christian records but also had a very rare bootleg record of Charles Manson interviews. We all work day jobs. We have to in order to survive. Unfortunately this means that there’s not as much time available to work on music as we’d like. Practice happens once a week and maybe a show or two. That’s usually the most we can manage due to conflicting work schedules. Hopefully someday we will be able to work less and rock more because that’s where our passion lies.

Dead Rhetoric: What are your views on the New England music scene – especially in the metal realm? Do you feel a kinship with particular bands – as it seems the diversity is a definite strong point of this part of the country?

Kelley: The New England Metal scene does have a lot of distinctive and interesting bands. A highlight of the year is RPM Fest which showcases a lot of excellent local talent. As far as kinship with other bands goes, it seems like the New England scene is really unique in the sense that all the bands are very supportive of one another and get really stoked when a new great band comes around. There is definitely a sense of home state pride and kinship for fellow Vermonter metal bands, Vaporizer, Savage Hen, Vultures of Cult and Boil the Whore to name a few. Massachusetts also has a ton of great bands that we are fortunate enough to play and hang with. Heavy Necker and Carnivora are two gems that everyone should give a listen to.

Dead Rhetoric: Tell us how your current tour is going with Felix Martin – as it starts on the West Coast and heads East over the course of the month of February? What are some tips that you’ve learned to survive the day to day grind that touring can become?

Kelley: The tour actually hasn’t started yet. I’m writing this en-route to LA. We’ve been crammed in the van for the last 5 days and to be honest, it’s been great. We’ve gotten to see some amazing parts of the country and met some fantastic people who have helped us along the way. We’ve learned that it’s important to stay well fed in order to maintain morale and that a clean van is preferable.

Dead Rhetoric: As a band, what are five albums (or five bands if that’s easier) throughout the history of metal that you believe collectively have shaped Barishi’s outlook and overall vision?

Dead Rhetoric: Do you think it’s tougher to make a long lasting impact on the scene due to social media leveling the playing field and the sheer number of bands that exist today in comparison to say the 70’s or 80’s?

Kelley: I think that the days of hugely successful metal acts are more or less over. The Internet makes it much easier for small bands to distribute their music. Having that kind of accessibility is incredibly helpful for discovering new and interesting bands. On the other hand, I feel that the Internet age has shortened attention spans and things are often quickly forgotten.

Dead Rhetoric: In the year 2015, what concerns you most about the world that we live in?

Dead Rhetoric: Where would you like to see Barishi in terms of a following over the next 12 to 18 months? And where do you stand on the quality versus quantity issue in terms of an audience – does one matter more than the other?

Kelley: It’s always nice to receive positive feedback on our work. I guess that time will tell as to who or how many people dig what we’re doing. Being able to maintain a comfortable and sustainable life by playing music would be incredible.

Dead Rhetoric: Do you have the support of friends and family in your music endeavors? And what’s the best piece of advice you’ve ever received regarding music related events – either from fellow musicians, friends, or outside parties?

Kelley: Absolutely! There’s no way that we would be able to do this without all the love and support we have received along the way. Huge thanks to all our friends and family and everyone who was kind enough to help with our latest fundraising campaign. We couldn’t do it without you! 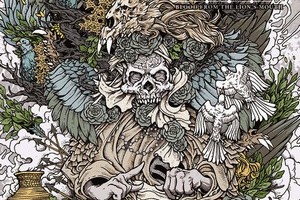 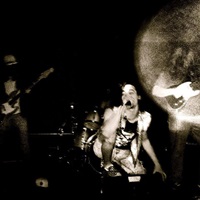 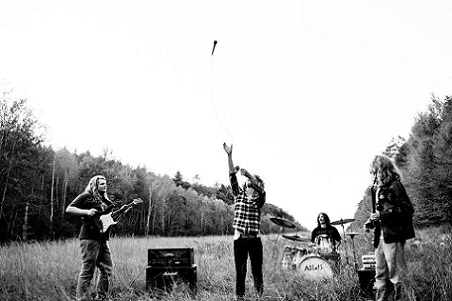 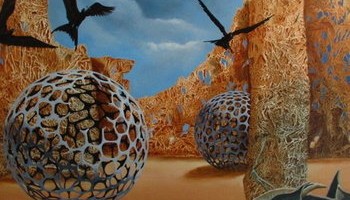