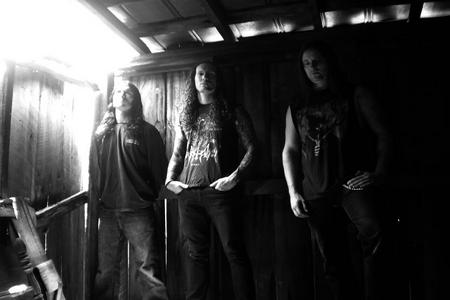 Good, solid doom/death is a formula that may seem easy, but often is riddled with difficulties. Go too doomy and you’ll lose the portion of the audience that wants the immediacy of death metal, yet go too far with death metal and you’ll lose the somber, sullen atmosphere of doom. Not to mention how the whole thing can fall apart without the proper vocalist to provide the properly give both power and emotion. That’s where a band like Atten Ash comes in. They’ve got all the standard pre-requisites in spades, and are capable of pulling off some dreamy doom death that knows when to ravage as well as pull back for the somber.

Atten Ash’s first album, The Hourglass, was initially released in 2012. Completely self-released, it came and went with very little fanfare, despite the excellence that dwells within. Leave it to underground doom scavengers Hypnotic Dirge to find the album and scoop the band up, giving it a fresh 2015 label-backed release. We at DR missed the boat the first time around as well, but guitarist/keyboardist Barre Gambling (also of Daylight Dies) was able to fill us in on all the details surrounding the band, including the unnoticed state of the initial release, what it takes to make it in doom metal, and how the band came to be.

Dead Rhetoric: Where did the name Atten Ash stem from?

Barre Gambling: It was conceived of by James [Greene]. One of his family names is ‘Nash’ and ‘atte’ can mean ‘at the’ or ‘nearby’ so the words ‘atte’ + ‘Nash’ form the band name, paying homage to his ancestors.

Dead Rhetoric: Atten Ash features some strong collaborations of the mind. How did everyone meet up?

Gambling: The three of us have been friends for many years, outside of playing music. James saw Daylight Dies play in London in 2003 before he realized we are from the same place – North Carolina, USA. He and I met shortly thereafter through a mutual friend, and I introduced him to Archie, who was looking for a new drummer for his black metal band which he did vocals and guitar for, Legion of the Fallen. Archie and I had met at various metal shows in NC around that time. James and Archie worked together for years in Legion, and even started a business together which they still run. I even played bass in Legion for a string of shows one summer. We’ve all kept in touch and stayed friends through the years and eventually the growing power of the recordings from James’ studio caused us to unite under the banner of Atten Ash.

Dead Rhetoric: The Hourglass was initially released back in 2012. Why do you think it when unnoticed?

Gambling: We did virtually nothing to push the album, aside from uploading the album to iTunes, Soundcloud, and sharing tracks through social media. This was partly because shortly after the release, I moved from NC to Tampa, FL to pursue a project with some well-known heavy hitters in the metal world. That project never saw the light of day for various reasons. After the conclusion of that project, Hypnotic Dirge approached us about a physical release of The Hourglass. This came at the perfect time and allowed me to return to my true musical home: melodic doom/death. We foresee many new songs and albums over the coming years with Atten Ash.

Dead Rhetoric: What do you suppose makes the metal scene challenging to get a foot into the door nowadays?

Gambling: The sheer volume of metal bands and releases creates an environment of seemingly endless options and genres, subgenres, etc. There are literally thousands of new metal albums every year. The talent level is incredibly high; it seems every new band has a guitar hero and a drum god, but it’s hard to tell what is real vs what is recording trickery. Real metal music is bigger and more popular than it’s ever been, so I think it’s a positive thing overall.

Dead Rhetoric: Do you have a personal favorite track on the album?

Gambling: My favorites are ‘City in the Sea’ and ‘Born’.

Dead Rhetoric: How’d the deal come about with Hypnotic Dirge?

Gambling: I was contacted by Lycanthia – doom from Australia – about contributing a Daylight Dies track to a 7 inch vinyl split release, to be released through Hypnotic Dirge Records. I suggested Atten Ash and sent “City in the Sea” for consideration. The track was well received and discussions about releasing our full album The Hourglass quickly followed.

Dead Rhetoric: “City in the Sea” is based upon the work of Edgar Allan Poe. Why’d you chose that particular poem?

Gambling: Words of the poem paint pictures in the mind eye readily. The language used is vivid while gloomy, alive while mysterious and archaic. The piece can be read as an homage to past societies lost, or warnings about the future. The archetypal story of Atlantis encompasses these ideas and “City in the Sea” is an obvious reference to that story as well. We feel it fits with the music perfectly.

Dead Rhetoric: Any other interesting lyrical concepts/inspirations on the album?

Gambling: Loss is a common theme throughout the album. From being general like ‘The Hourglass’ to the very personal like ‘Born’, loss is the common concept.

Dead Rhetoric: Being that there’s been some time since The Hourglass was first released, are you currently planning any new tracks?

Gambling: Yes, a good amount of new music has been developed already for a follow up album. We have a few new demos recorded, but nothing’s in a final state.

Dead Rhetoric: What do you feel is the secret to a strong traditional doom track?

Gambling: Tempo is important to conjure the intended vibe. Above all, and beyond any technical measures, a strong emotional expression by the music and vocals is required to be a strong doom track, in my opinion.

Gambling: We’ll be writing for another album and possibly playing some shows in 2015. Thanks for the interview. The album can be purchased at Hynotic Dirge and is free to stream from Hypnotic Dirge’s Bandcamp page, cheers. 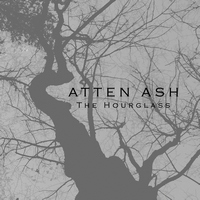