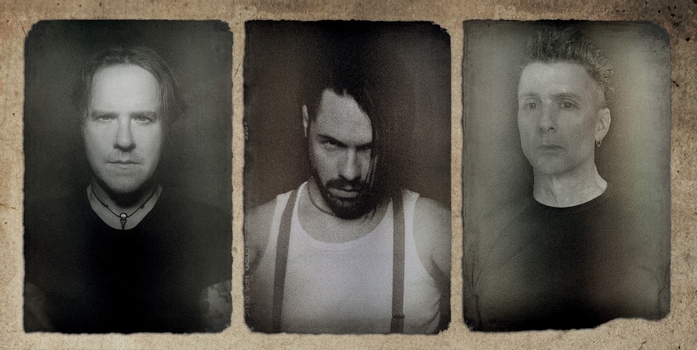 While some may not be completely familiar with Ascension of the Watchers, as they haven’t released any new material since 2008’s Numinosum. But that’s about to change, as Apocrypha is set to release later this week. Featuring the voice of Fear Factory, Burton C. Bell, the ambient and gothic texturing is a far cry from the mechanizations of said act but it’s also one that’s deeply poignant and personal. One that showcases a more soulful side of Bell. We were able to sit down with Bell himself to chat about Ascension of the Watchers comings and goings – the new album, issues with Pledgemusic, and his friendship with John Bechdel. We also talk science fiction and reality, graphic novels, and more!

Dead Rhetoric: Ascension of the Watchers was inspired by The Book of Enoch. How do you feel this inspiration continues to weave its way through the band?

Burton C. Bell: The story of the Watchers and the lore is inspirational to me because I feel that it’s something we can all relate to in some way. It’s all about passion, it’s all about loss and love, and it’s about redemption. Much like the world we live in. It’s something that, as a grown man, living my life and going through trials and tribulations, it’s something I feel is relatable to most people.

Dead Rhetoric: You worked on Apocrypha for over 10 years. Given the time that was spent on it, what are you most proud of with it?

Bell: First of all, I’m proud that it’s finally getting released. Each song is like a snippet of my life. Something that was very poignant that occurred within the last ten years that really affected me as a person, and my growth as a human being: through emotion and living through life and times of tragedy and trouble. It’s a testament to what I’ve been through, lyrically and musically. If I was going through something, I would sit down. Music and words are my therapy.

I would sit down and just start playing guitar and start playing chords that would resonate with how I was feeling. Or I’d sit at the piano and start pressing chords that I felt expressed myself. I always sat down with an expression of what I was thinking. I always kept it in my mind. So what I’m most proud of is that it’s a true chronological journal of the past ten years with certain events.

Dead Rhetoric: How much of a setback was it when you successfully crowdfunded through Pledgemusic right before they declared bankruptcy?

Bell: It was definitely a setback. It was a total tragedy in what happened. We had a very successful Pledge campaign and we had worked on it for a few months before the site went down. We reached 124% of our goal. It was quite successful. We weren’t asking for a lot of money, which was a big helpful part about it. So we reached our goal with roughly 400 people, which was amazing. It enabled us to start making plans. I went out to Wales to start recording, and we were about 2 weeks into recording when Pledgemusic made the announcement that they were going bankrupt.

It put the brakes on, and we had to reassess our situation. We had to make other arrangements because we weren’t ever going to see that money. We were not able to produce any of the items that were pledged, nor were we able to cover the shipping costs, because they were two separate things. We had to figure out what we could do. We finished the recording and we took our time to mix it. To make that happen, we had to approach friends and family for a few loans to make it all happen. It took a year from the original recording to us being finishing, but it was a good year in that we could take our time. We took our time mixing it. That was the best thing that happened.

The failure of Pledgemusic actually worked in our favor because we weren’t on a deadline anymore. So we started pretty much fresh, and that ended up being a benefit. It shows what you can do when you have that kind of time without any time limit or restrictions. It gave us time to think about what to do, and it gave us time to actually locate and secure a label who was willing to put out the album, as well as one that was willing to honor the Pledge cds and vinyl. That was something we didn’t have to do, since that was the platform and they failed us all. We all lost. But we felt that if we could at least do that for the pledgers, the people that supported us in the beginning, we felt that we would come out more like ‘heroes’ if we could make it happen despite the setbacks. Despite the failure of Pledgemusic, without the pledgers none of this would be possible because they were the ones that helped us move along and make the record.

Dead Rhetoric: A press release described Ascension of the Watchers as ‘the soul without the machine.’ Given what you already said about the album representing a bit of chronological time for yourself, do you feel that AotW is a more soul-searching experience?

Bell: Absolutely. It’s very passionate. It’s moody. It creates ambiance and mood. It’s a journey. So I do believe it’s a very soulful project. It’s deep within my own passions.

Dead Rhetoric: What can you say about your relationship with John [Bechdel] when it comes to this band? The two of you have been working together in the band for a long time now.

Bell: John is a great friend. One of my closest friends. Without John, I wouldn’t have been able to start this project. In 2002, when I left Los Angeles on a sabbatical I traveled to Pennsylvania with my guitars, pedals, and effects. I had ideas that I had put on a Fosstex 4-track and I took them to John. He was able to help me work them out. The two of us put our heads together, and he was surprised in what he heard. He was expecting something more like Fear Factory. But once he heard what I had, we took the time to discuss what my ideas were, my thoughts on music and what I was into. He was able to understand that and help me move forward. So he has been a big part of it from the beginning.

Dead Rhetoric: How do you feel that the band has moved forward since Iconoclast?

Bell: I believe we have moved forward with our technique. I’ve learned more about production and the music that I have been writing. Iconoclast was a demo that we had recorded pretty well. I had it mastered in Sterling Sound in New York. It was very much a garage sort of thing. What I’ve learned over the years is the sound that I want to capture – the sounds I want to portray and get out there. I’ve learned a lot about myself and the production that I’ve been trying to capture. I believe Apocrypha finally captured the sound that I have been envisioning for quite some time. Iconoclast was an experiment. Numinosum was an experiment. As people grow and learn, I finally learned what I had to do. Mostly because of the relationship that I started with Jayce Lewis – it helped us achieve that.

Dead Rhetoric: Do you feel that Ascension of the Watchers allows you to be creative in a different way than in Fear Factory?

Dead Rhetoric: What do you feel connects your work as a singer and photography?

Bell: I’ve a visual person. Photography was my first love. I’ve always considered myself an artist. I knew in high school I was destined to be an artist. That’s what I wanted to be. It didn’t matter if I was a writer, photographer, painter, or musician – I wanted to incorporate it all. I wanted to be that artist to expand upon everything and create something new. For me, what I want to release as an artist is something beautiful and artistic for people to look at, to listen to, and reflect. That’s what art really is. Something that connects with people so that they can reflect upon their own thoughts and relate it with their own lives.

Dead Rhetoric: I think there’s a lot of that with Ascension of the Watchers. That moody, ambient sound works really well for that reflective aspect.

Bell: What you hear, that’s my personality. My vibrations. This is the type of music that I usually listen to.

Dead Rhetoric: As a big science fiction fan, what worries you as some of the fiction starts to turn into fact nowadays?

Bell: What worries me [laughs]? I wouldn’t say the science part about it. Even though I love science fiction, it’s the social aspects of the stories not the technological ones that really intrigue me. The social aspects that are happening now, that I have read about in the past, that are continuing to plague humanity. I see it getting worse. The advent of technology was mostly to make life easier. To make tasks easier. What it’s doing is taking humanity away. People don’t know how to relate to each other. That’s one of the reasons we are having such a difficult time.

Dead Rhetoric: I just started back into teaching today and we are doing virtual classes this year. It was the weirdest, coldest experience. As someone who has taught for 15 years, to just be on a screen for that was such an odd thing. Your thoughts now just sort of resonated with that piece.

Bell: You and I both know that this is not the best way to teach children. I have three children of my own, and they are going to school four days a week and doing one day of cyber school. They do much better when they actually go to school. Teaching on a screen isn’t the type of interaction necessary for learning. But to go back to the science fiction thing, I am a fan of science fiction. I still follow it and I still read it. I have my very own thoughts about the future and where we are going. The Watchers is really the human part of it. The emotional part of it. For me, people can relate to it and dive into it. They can really feel it.

Dead Rhetoric: A few years back, The Industrialist graphic novel came out and was pretty successful. Do you have any plans to continue along those lines?

Bell: I have been working on to the follow up to The Industrialist. I am also working on a story for Apocrypha. Two different kinds of stories obviously, but both deal with the perspectives of humanity. The Industrialist is more in the type of style that I’m known for, but the Apocrypha story I am working on is being written in the form of old scriptures, like the Book of Enoch. I think it will be a really great addendum to the record.

Dead Rhetoric: What else do you have going on this fall and next year?

Bell: For Watchers, we are planning a special ‘live stream’ for later this year. It’s in the early planning stages right now. We are going to make it really special, keep your eyes out for that. We’ve got big plans! It’ll be very ambient and look really cool. It’ll be something different, it won’t be in a studio. 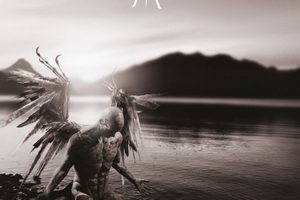