A Forest of Stars – Strange and Becoming 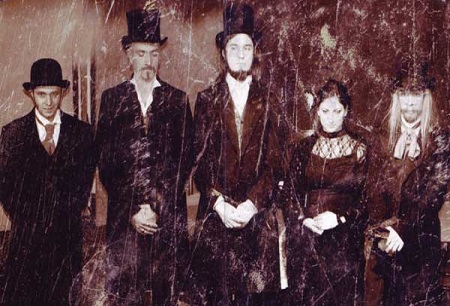 Despite the various criticisms level toward the style, black metal affords the most latitude for bands to take chances or for that matter, operate on the esoteric and left-field fringes. To play it conventional and/or traditional in this current environment is a disservice, and even a death-knell to be rendered obsolete or “1992-sounding.” Then again, there are those who still fancy lifted Darkthrone riffs and backwoods corpse paint…

A Forest of Stars on the other hand, are the antithesis to the traditional black metal model. By operating in their imaginary realm of 1890, this British six-piece weaves an exotic black metal assault with avant-garde motifs, set to the tune of forlorn and estranged black metal. On their new A Shadowplay for Yesterdays, the band elevate the BM model to new, vast extremes, creating a sound that is their own while belonging to the past at the same time.

The duo of The Gentleman and Mr. Curse were kind enough gents to respond to Blistering’s inquiries about the new album, as well as the concept (click here for their awesome website) that needs to be seen to be believed…

Blistering.com: I don’t think we’re in the minority in this, but A Shadowplay For Yesterdays is definitely your most robust and ultimately, best effort. Do you share that sentiment?

The Gentleman: Absolutely. But then, our latest album will always be the one I like the most, I suppose! Until we hit the apex of our creative curve, and even then, we shall probably be in tremendous self-denial, so everything will be fine. At least, that’s what we keep telling ourselves, so it simply must be true…

Curse: I have many positive feelings about all that we have produced up to now – this is not said with arrogance, just that each record is a moment in time and contains some very important (to me) sentiments, which exist in that time and space and are better for it.

Blistering.com: The whole aesthetic and approach of A Forest of Stars is 100% unique, right down the detail of your website. How long did it take for you to cultivate this imagery and outlook?

The Gentleman: I don’t completely know, to be honest. It was there from early on and it just worked so naturally that we really didn’t have to think about it – everything we do, whether by design or accident (and I readily assure you it is most certainly a preponderance of the latter) seems to fall into place within the remit with very little – if any – effort. In that regard, we are very lucky and I think we’ve stumbled upon some arcane secret recipe of which we have no idea how to control or even what it is or looks like. Never mind!

Blistering.com: Do you think black metal is the proper context for eccentric and left-field bands as yourself?

The Gentleman: Yes I do. Although, whether black metal wants *us* is an entirely different matter. Black metal has a history of bands who broke many barriers with fantastic experimentation, and although we are not even fit to be mentioned in the same sentence, let alone breath as them, just look at bands like Ulver, In the Woods…, Arcturus, Sigh, Ved Buens Ende, Enslaved and Blut Aus Nord (off the top of my head). If that list isn’t the very definition of “eccentric and left-field” within black metal, then I don’t know what is, and I should retire with immediate effect.

Curse: I think that black metal can be whatever the artist wishes it to be (with certain obvious intended constraints!) I can’t see why a mindset cannot be applied to varying styles and content if the intention is genuine and of the correct state of belief.

Blistering.com: What spurred the band’s fascination for the 19th century? Better yet, how did you connect the dots to make it work in sync with your style of black metal?

The Gentleman: Well, I think I covered some of this in an earlier answer but regardless, I’ll happily admit the idea was entirely my fault, but add that everyone readily jumped on board with it immediately, so some of the blame must surely rest with them as well. Please? It seemed to be the perfect way to frame what we wanted to do, in terms of unifying the music, imagery, artwork, live performances, photos, lyrics and atmosphere. As to how it links into back metal and ourselves, I don’t know – it seems to have its own will and does as it pleases. So far, everything has happened entirely naturally, and I really don’t have the nerve to question it, I’m fearful that the whole thing may collapse if actually observed and noted.

Curse: Indeed – things have worked well within the framework we have placed ourselves in… The content is dark, sorrowful, dirty and probably infectious (not necessarily in a good way). Personally, black metal is a state of mind, and since that is the state of my mind, I bring it with me to whatever I do.

Blistering.com: What kind of takeaways are there from the 19th century? At a cursory glance, it doesn’t appear to be too different from modern times in the sense that deceit and man’s various flaws are still very prominent.

The Gentleman: Indeed. The point is that in general, we may develop technologically as human beings, and that technology in itself will alter us, our priorities and our quality of life to a certain degree, but still at the heart of it, we are the same people as were living here many thousands of years ago – we are no more intelligent nor emotionally adjusted and to think any different – to believe we are superior in anyway – is remarkably arrogant, I feel! You can’t judge someone from a different time using your own values, it doesn’t work; it needs context.

Curse: I would suggest that the very human condition dictates that society will always be swimming in one form of shit or other – things may look different, but the tell tale scent is always the same…

Blistering.com: The story of Der Sandmann serves as the basis for the album. What drew you to ETA Hoffman’s tale?

The Gentleman: I have been a big fan of that particular short story ever since I was introduced to it by a friend about, ooh, ten or fifteen years ago. I was immediately struck by it and especially the central themes. In that way, I suggested the idea of madness, and the question of if a person is mad because they think so, or because other people say so – and just because events surrounding you are a little bizarre, doesn’t necessarily preclude that they may actually taking place. I found that to be fascinating, and when I was thinking early on about this album and wanted a concept, that leapt forward as an idea. So Hoffmann’s story acted as a catalyst, but we didn’t really take any of the “story” itself, if you see what I mean?

Curse: During the writing process I wasn’t exactly stable myself, so the suggested theme immediately struck a chord and off we went…

Blistering.com: The violins of Queen of the Ghosts are simply breathtaking. She’s almost the perfect contrast to the harrowing vocals and concept, so what brought about her prominent role?

The Gentleman: Being a founder member of the band, and a multi-instrumentalist is the simple answer. There’s nothing more to it than that, really! She was there right from the start, and is just as part of the band as anyone else – the songs are written with the violin in mind – not as something to just stick on top for the sake of it.

Blistering.com: You’ve recently started to play live, so did that have any effect on the songwriting for the new album?

The Gentleman: Oddly enough, no. We still wrote as we had done previously for the other albums, and will continue to, simply because that’s what seems to work best. We never play/perform the songs as a band before we record them – we do everything the wrong way round. That said, things may change next time around. Never say never!

Blistering.com: Your songs are awfully involved and intricate, so what’s the live experience like?

The Gentleman: A lot of fun! We never try to copy the songs exactly (that would be tremendously boring and frustrating), so we re-arrange and shuffle things around to make it work. There are new parts added in, old parts subtracted and various bits and pieces reinterpreted. The energy of playing live seems to supply adequate compensation (so far), and to be honest, it is a completely different experience to the records, but hopefully an enjoyable one.

Blistering.com: Describe some of the trials and tribulations you’ve had in terms of filling out and maintaining your lineup.

The Gentleman: There’s not really been anything approaching a stressful level with regards to our line up, truth be told, and any gaps were filled within the space of days. We’re very lucky to be part of a vast musical community of talented people, who are also great friends. The current line up has been together almost two years now (although perhaps not with everyone as official full-time members) and everything has nicely settled into place.

Curse: We are lucky to be surrounded by such creative people – so when life dictates that one of our number should fall away, we can find others capable of filling their admittedly huge shoes.

Blistering.com: Are there any plans for a quick follow-up to A Shadowplay?

The Gentleman: I’d very much like to say yes to that. Several of us have accumulated quite a wealth of ideas and we are all keen to flesh it out into fully fledged songs, but having the time to do so may well not be possible, with other things (life, etc) getting in the way. We shall see, though; I am particularly in favour of stepping up the album cycle and maintaining the momentum.

Curse: I have ideas bubbling around in my head, and am waiting for the time to be right to start writing things down. I tend to know when that is, and I can feel about coming on in the reasonably near future, so we shall see. There is definitely a very creative air (should I say miasma?) floating around the band at present, so I see no real reason (apart from the aforementioned other things in life, like work and all of that) why we couldn’t come up with another record sooner rather than later.

The Gentleman: A long rest (punctuated by some song writing/demoing) and a bit of a sabbatical before gearing up for a year of touring as far and wide as possible (well, I think “where we are welcome” would be more realistic) in 2013. Well, that’s the plan – if the gods are kind!

Curse: A most welcome rest, whilst hoping to find a full skeleton donor, so as I can replaced my miserable fragmented bones. Then, on to a robotically augmented 2013 of much music and semi-merriment!

A Forest of Stars official site 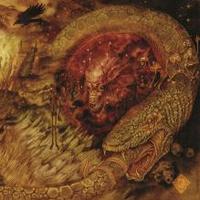 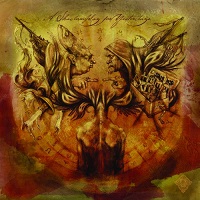 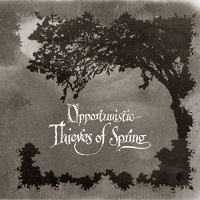 A Forest of Stars – Opportunistic Thieves of Spring (Transcendenal Creations)