Originally the show booking was going to be heavy enough on its own with Philadelphia, PA’s Crypt Sermon on the bill with three Massachusetts doom/epic acts, but then New York’s Gospel of the Witches confirmation only made the night that much more highly anticipated. Given the Facebook event invite numbers almost inching at 200 confirmed prior to show time, the feeling was evident that you better get there early or you may get shut out of the venue (capacity upstairs at Ralph’s Diner is 188). So when the first band Second Grave struck their first notes at 8:30pm, the numbers were already impressive as many felt the need to get their doom dancing and head banging on early.

Featuring ex-Warhorse guitarist/vocalist Krista Van Guilder, the four-piece live for the almighty riff, doubled up thick for sonic body blows that come at you again, again, and again. I’ve witnessed the band a few times through the years, and let’s just say they’ve honed in on a doom sound that would make Sabbath proud. Conclave have expanded to a four piece, adding second guitarist Terry Savastano (ex-Grief) to bludgeon people in a more sophisticated manner. His natural, traditional tendencies gives the band more muscle, and their sound went over massively as well. Worcester has long standing respect and admiration for the genre, and these two acts set the tone for an incredible night of music.

Boston’s Magic Circle are an interesting quintet that while there is a lot of doom going on in their sound, there’s also an epic and NWOBHM fusion that makes their material a little more peppy. Vocalist Brendan Radigan really gets into his singing, the instrumental sections often find him grooving about to his band mates riff and groove combinations. Their set seemed split between debuting new material from their forthcoming second album and crowd favorites like “Scream Evil” and “The Magic Circle/Cloven in Two”.

“Doom metal isn’t about being the slowest, or creating the longest arrangement,” quipped Crypt Sermon vocalist Brooks Wilson mid-way through their set- “it’s about creating the best song you can head bang to.” A motto many should heed – as this Philadelphia, PA band stole the show to my ears. Yes the influences can be a tad obvious, but the execution is deadly. Sticking to their debut album Out of the Garden, guitarist Steve Jansson combined tasteful lead breaks with speed and shred chops, while the rest of the band keeps up the tradition of doom that made Trouble, Candlemass, and Solitude Aeturnus popular, even if it would be only on a cult basis. “Heavy Riders”, “Into the Holy of Holies”, and the title cut would be three of many that kept the Ralph’s patrons happy customers.

At 12:25am, Gospel of the Witches would hit the stage. Vocalist Karyn Crisis is a petite woman with pink hair, dreadlocks to the floor, and a voice that can be sweet and innocent one moment – only to become the death growl from hell the next. The last time I would witness her in a live setting was in the mid 90’s as she toured with Pro-Pain and Voivod – and in her current live lineup we get half of Immolation as guitarist Robert Vigna and bassist/vocalist Ross Dolan join Karyn, as her husband Davide Tiso handles the other guitar and drummer Charlie Schmid round things out. Fire crackling sound effects punctuate intros and outros, as Karyn felt very excited to perform for us. Sticking to the debut album Salem’s Wounds, you can get as easily caught up in the performance art of the band from looks to hand gestures and body movement as the actually doom, progressive, and heavy metal style.

Highlights of their 50 minute set included “The Alchemist”, “Howl at the Moon”, and “Aradia”. You can tell that Karyn is unique in her approach, not content to churn out safe, predictable material. The crowd lapped up every second, feeding off the stage energy and returning it a hundred-fold. I would say that the March debut performance our co-editor Kyle witnessed and tonight’s performance are parallel in terms of high quality end results. The close to sell out Ralph’s will put this one in the memory banks and history books forever – and prove not only metal’s enduring appeal, but the doom genre too. 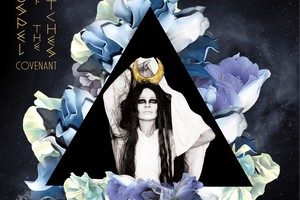 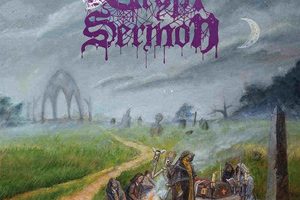 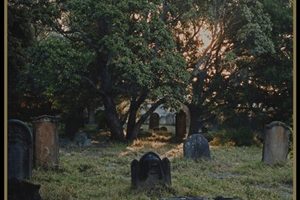