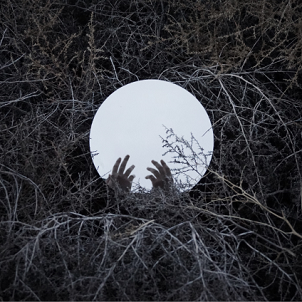 Wreche are British, which means they probably have some type of sense of humor. If they wanted to be overt about it, they’d dub themselves “Tinkling the Ivories Black Metal.” Never before has a grand piano been used to such a degree in black metal on Wreche’s self-titled five-song EP. The deployment of said instrument is done to the point of overkill, a veritable display of flying fingers over top of conventional blasts and no-man-land’s howls. No guitars, mind you.

John Steven Morgan is the gentleman responsible for both pianos and vocals. (Barret Baumgart joins him on drums.) While his vocals are easily forgettable, his piano playing is not. Here to replicate, or even replace guitars altogether, Morgan’s never-ending runs on the piano work for only a limited amount of time. Unable to create much separation between the five songs on hand (opener “Desert – Pruning the Spirit” is simply an introductory track, so technically four songs on hand), Morgan’s fleet-of-finger display eventually runs aground on the 13-minute “Fata Morgana,” a title initially used by Fates Warning on their legendary Awaken the Guardian album. (Fates Warning referenced in a black metal review? Never.) Simply put, the piano can certainly be a dominant instrument, but Wreche have yet to figure out how to make it work in a fashion where you don’t feel like you’re lost in the weeds.

Nevertheless, massive bonus points (and hails) to Wreche for attempting something new. Black metal has become the most malleable out of all of our little subgenres and the Brits have happened upon an entirely new style. However, it feels like a wasted opportunity. You almost want to reach across the screen, pond, et al and grab Morgan’s hands and tell him to stop…