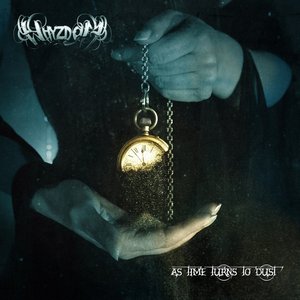 French symphonic metal band Whyzdom has been at the game long enough to determine the complete direction that they wish to sail in. As Time Turns to Dust is the band’s fourth effort to date, and second with vocalist Marie Mac Leod. It also seems safe to say in this regard, that Whyzdom continue to be locked in a perpetual motion that simply checks off all the pre-requisites for the genre without taking it any further.

There’s nothing particularly wrong with any of the steps that Whyzdom takes, but there’s nothing really quite remarkable about them either. The bombastic synths and strings serve their purpose, the guitars provide a darkened edge (perhaps the strongest suit the band has going for it), and Mac Leod’s vocals bounce between more operatic and rock-based as each song requires. If one was to simply check out a song or two (such as “Angel of Tears” or “Armageddon”), it’s comfortably nestled into the Nightwish/Within Temptation formula, but that’s ultimately it’s curse. It seems so regulated to the standard formula that it never really pushes the boundaries or goes outside the box. The nail in the coffin though is the length of the album. A near hour-long affair with a number of songs that seem to get bloated with the symphonic inclusions and move towards the 6-8 minute range. With the derivative nature of the material, it’s just too much to take in all at once.

There’s an overall feeling of complacency when listening to As Time Turns to Dust. It’s not a bad listen on it’s own, but it feels completely forgettable in the long run. It seems Whyzdom understand the genre well, but are not willing to take the next step to expand their sound into more unique territories. 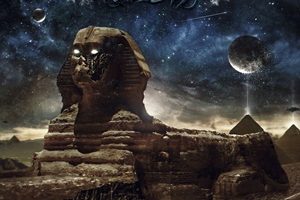 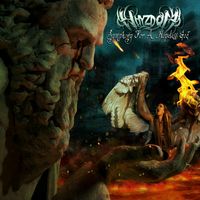