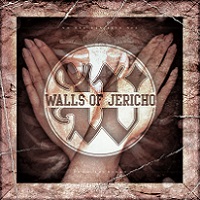 Us power metal dweebs have long been tripped up by Walls of Jericho’s name, mainly because it’s the same as Helloween’s first album. The comparisons, of course, end there. The Detroit metallic hardcore troupe have been quiet of late, with their last album coming in the form of 2008’s The American Dream. But, with a new label in Napalm Records, the same pushy, pissed-to-the-nines sound remains evident across the board on No One Can Save You from Yourself.

The whole trick behind making hardcore of this variety work is when and where to use beatdowns. Some acts routinely go for the gusto and end up burning themselves out, while others are more careful in their placement of spin-kick time. For Walls of Jericho, they manage to pick the right spots, most notably on the chunk-intense title track, “Cutbird” and “Wrapped in Violence.” However, the album’s standout cuts are the ones who better straddle the metal line, like “Fight the Good Fight” (complete with tail-end beatdown), “Relentless,” a song that features some fan voice-overs, and as a standby, massive gang vocals. All the while, lead throat Candace Kucsulain reaffirms her post as one of hardcore’s most vicious and vitriolic vocalists. She’s absolutely perfunctory in a few spots here, but saves her voice for “Probably Will,” a rare moment for her regular singing to shine through.

Totally a case of knowing what you’ll get, Walls of Jericho have delivered with No One Can Save You from Yourself. The pure fury and aggression of hardcore are often masked by the pony show that is the metalcore scene, but Walls of Jericho rise above it all.