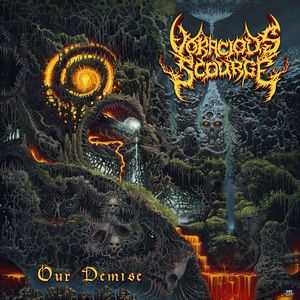 If one look at the cover art doesn’t lock it in for you, a few seconds into the blistering lead-off track “Harbinger of Our Own Demise” certainly will – Voracious Scourge are all about the old school death metal, and in this case, the NYC variety. Consisting of Aad Kloosterwaard (Sinister) on vocals and drummer Mike Smith (most famously ex-Suffocation), and rounded out by two Suture members on guitar/bass, it’s clear the pedigree exists for some brutal material.

Our Demise feels very much like it could have come out in the early/mid ‘90s at the zenith of this particular brand of death metal. High tempo blasting and quasi-technical riffs are par for the course, with some groovier moments to round it all out. Not to mention the slow, burly death metal breakdowns that used to ooze out from bands like Suffocation and Pyrexia back in the day. And these juggarnauts continue to reign on cuts like “Fortuity of the Deceived” (yes, the song titles feel entirely retro too), and are sure to thrill plenty of death metal enthusiasts due to the sheer malice within. Some lighter melodies sink into the leadwork (“Expiate the Depraved”), which adds to the available contrast with the otherwise volatile nature of the attack. The band does step outside of the NYC death metal bubble with the final track, “Oracle of Repugnance,” where further melodies are employed as well as some more atmosphere. It will be interesting to see if they shift more in this direction with a full-length effort.

While Our Demise is far from the most inventive death metal release in recent memory, when it’s done at a level with this much passion and precision, there’s absolutely no reason to complain either. Those who dig this sound will have a blast with the short EP, which shows some veteran players at their top performances while alluding to some further potential to come. 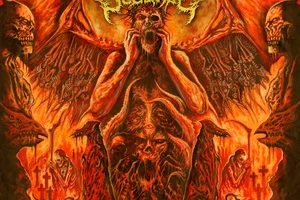