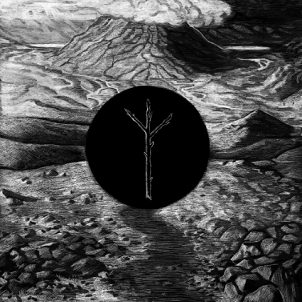 Just feels like yesterday when we wrote-up Völur’s Disir album, one that was initially released by the band in 2014, then re-released by Prophecy last year. The Toronto-based trio demonstrated moments of intrigue on Disir, however, it was a largely unbalanced, un-engaging affair that failed to capitalize on the band’s unique lineup formation and lyrical exploits. The band’s sophomore foray Ancestors isn’t too far off, really, another to-the-depths, exploratory run through the furthest-flung corners of doom, cornered off and tightened by violins and folk instrumentation.

Four songs make up the album, each cleverly titled with “Breaker of” in each, meaning, there’s “Breaker of Silence,” “Breaker of Skulls,” “Breaker of Oaths” and “Breaker of Famine.” This all ties into the larger concept of spotlighting “elements of the old Germanic world.” Vocals here, however, are somewhat non-descript, save for some monotone moans during “Breaker of Oaths,” which serves as the album’s obvious high-point. Led by a graceful violin melody (courtesy of Laura Bates), “Oaths” is where Völur is able to put their folk and dark meddlings together, albeit as a long spacious number. The fact the band operates without a legitimate guitarist (distorted bass fills that role) is of no matter, as it helps opener “Breaker of Silence” trudge along in foreboding funeral doom fashion.

The extended, if not multi-dimensional cuts certainly do not lack for ideas or diversity, but Völur often gets lost in the weeds, never really nailing down those illustrious tapestries bands of a similar thread (Agalloch may be the first to come to mind) have done so well. Ancestors can be a tough, harsh listen (the bass-versus-blasts attack on “Breaker of Famine” is ferocious), while retaining a sense of delicacy. Everything else in between is a wash. 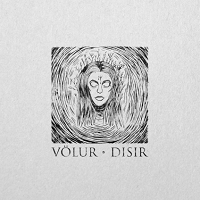