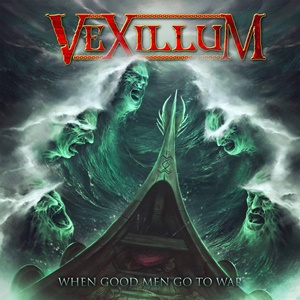 More often than ever musicians combine two (or more) sub-genres in the metal platform due to diverse influences, hopeful to generate a wider array of followers. When done convincingly, the results can be promising album to album – which brings us to Italian act Vexillum and their fourth opus When Good Men Go to War. Sharing the stage across Europe with Freedom Call, Eluveitie, and Rhapsody of Fire, the band live for a mixture of power and folk metal elements – ensuring a sound that has plenty of cultural hooks, choir/mead hall melodies, as well as strength and a vibrant atmosphere.

Hiring an experienced piper and cèilidh player in the mix with special guest Nick MacVicar allows the main quintet of players for Vexillum to concentrate on all the normal power and folk action vocally with proper riffing, rhythm section, and drive through the eleven compositions at hand. Certain songs feature straight-ahead speedier guitar parts, furious double kick with moderate, cultural groove transitions, and a boatload of multi-layered choir support for key vocal emphasis, the best of which include the Blind Guardian-esque “Sons of A Wolf” or the galloping, harmony-infused “The Deep Breath Before the Dive” that aligns well with Running Wild or Orden Ogan mavens. At other times the folk feel takes center stage, as a song title like “Flaming Bagpipes” doesn’t leave much to the imagination taking on thoughtful, hypnotic earworms between the electric and natural instrumentation even though there are plenty of power motions to latch upon during the triumphant chorus. As guitarists Michele Gasparri and Francesco Caprina prove that belong in a top tier of shredders, building leads with arpeggio sturdiness against their normal riff and point/counterpoint duties. The supplementary sound effects and narrative positions keep this hour-long plus record moving along comfortably – although many may question putting “Enlight the Bivouac” as an opener clocking in at a robust 11:20, the ample vocal presence and folk/power back and forth action with shifting tempos makes this a winning effort.

Vexillum embrace a sound with those mid to late 90’s influences from both styles to differentiate themselves a bit from fellow domestic veterans Elvenking – and haven’t let these six years between releases go to waste. When Good Men Go to War should align well for those who need fist pumping, battle ready anthems that create a spark in your musical playlists. 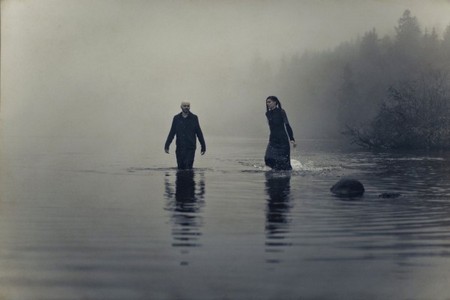