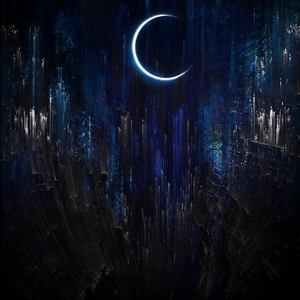 Music, in all of its forms, is meant to make the listener feel something. In the case of much of the more extreme metal scene, it’s a vehicle for delivering riffs. High-energy material that fuels the rage within. But for some avenues of black metal, it’s been veering in a more introspective, cosmic, and atmospheric approach over the years as well. This is the type of setting that Vesperith nestles into.

This is one of those releases that qualifies more as a journey than an assemblage of tracks. It’s about ambience and mood more than seeking out that ‘killer’ riff in each track. In fact, the music that occurs over the course of Vesperith feels akin to letting your mind wander into some equally dark and dreary places and providing a soundtrack for it. That’s not to say that there’s no moments of ethereal wonder to enjoy (as “Quintessence” can attest to), but for the most part, this has a degree of minimalist to it. It’s about that slow burn and descent into dread as you stare up at the stars at night. The shifts between quiet and furious really are what set things up the best. Some tracks have some monstrous blastbeats and blackened rasps going on (“Fractal Flesh”), while others like “Refractions,” work to build things up slowly and drench them in atmosphere. The quiet doesn’t necessarily mean peaceful, with some eerie sounds and moods keeping you on your toes as you eagerly await what is coming around the next corner.

All the work of one Sariina Tani, Vesperith sets itself apart from others within the black/post-black community with her dedication to crafting an atmosphere that absolutely takes you to another realm. The change-ups between gloom, mystery, and chilling fury are impressively done for a debut album, even if by its own nature, it’s something you really need to be in the right mood to fully appreciate. Best absorbed in one sitting from start to finish with the lights down low.