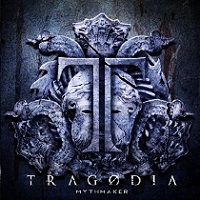 Tragodia’s third full-length effort spares no expense in the realm of epicness. Tastefully utilized orchestral elements, excellent melodies, and occasional progressive twists take listeners to foreign worlds of toil and triumph in a way that only power metal can. While not the most prolific of outfits, these Italian bards have been honing their craft since 1996 and deliver what is their most accomplished record to date.

Instrumentally speaking, Mythmaker is nearly unstoppable, offering some primo power metal fare while occasionally bringing in some more unique elements: the verses of “Mythmaker” and “The Oracle And The Muse” echo of Nevermore influence, “Born Under Niobe” delves into progressive ground with deft transitions between aggressive chromatic riffing and acoustic passages, and “Wisdom In The Meadows Of Sorrow” slides from a melodeath-style superstructure into an Iron Maiden–esque bridge. The complexity and integration of these elements alone warrant multiple listens. Also, the chugging staccato riffs the group’s previous album, Theomachy, ran a little trigger-happy with are placed more judiciously than before, present without being omnipresent, and offer greater diversity.

However, akin to any hero of ancient lore, this release suffers from a single, yet substantial, tragic flaw that keeps Elysium out of reach: the vocal melodies. Make no mistake, Luca Meloni has a great midrange voice in the vein of Warrel Dane, Matt Barlow, and Joacim Cans, and he lands a knockout on tracks like “A Cry Among The Stars” and “In Arcadia.” Many times, though, his voice is not used in melodically beneficial ways during choruses, serving more as a backing instrument to keep pace and rhythm than the group’s primary weapon for sonic resolution, which is ultimately quite antithetical to power metal’s MO, and, most damagingly, anticlimactic to the songs’ stories.

Tragodia’s latest is an engrossing listen in many ways, but the Achilles’ heel of the vocal melodies tends to take listeners out of the moment too frequently. Regardless, those who appreciate epic musicality are well served to give this record a shot, but unless the listener is a power metal enthusiast, it is unlikely to keep them coming back ad infinitum. 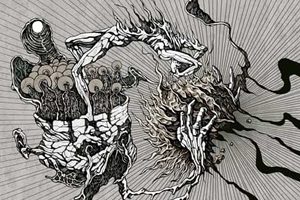