In celebration of their tenth anniversary, Germany’s long-time independent band Thunder and Lightning have put together an EP with three new tracks and two “reloaded”/acoustic tracks. If you are unfamiliar with Thunder and Lightning, last year’s In Charge of the Scythe should catch you up to speed with the band’s power/traditional heavy metal approach.

To the uninitiated, Thunder and Lightning lean towards the heavier end of the power/traditional spectrum (Rage is a good comparison). The band also avoids the usual cheese-ridden approach that often accompanies many bands of this sound. The three new tracks presented here happily carry on the band’s trademarks. Interesting solos, nice crunchy guitarwork, and the fantastic vocals of Norman Dittmar. All three songs swing in the more upbeat and driving direction, particularly the standout “Journey of the Damned.” The galloping riffs and leads will be sure to get you to stand at attention, and the chorus is a stunner. Following the new trio, there is a re-recording of “Thunder and Lightning” that falls right in line with the preceding numbers. The EP rounds out an acoustic version of “Horizon,” which sounds great in its mellowed version, and avoids the sometimes bland feel that acoustic versions often leave you with. The essence of the track has been nicely captured.

The only downside to Slice of Life is precisely what the title implies: it’s a slice. Thunder and Lightning is one of a few power/traditional bands that this scribe really follows and three new tracks provide only a taste of what the band can offer. The band deserves a larger audience so by all means check out this album or the previously mentioned In Charge of the Scythe, you won’t regret it. Hopefully we’ll see a new one from these guys next year. 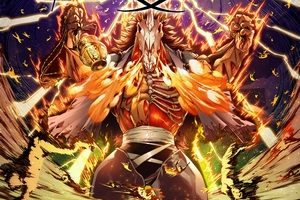 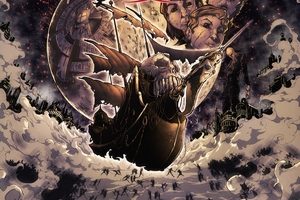