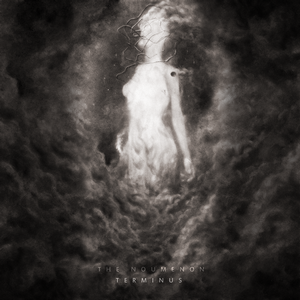 Always on the lookout for new and exciting acts within the progressive and technical death metal realms, The Noumenon are yet another fresh face upon the scene. This Alberta, Canada act have only another EP to their name (2011’s Apocrypha), but have the confidence and songwriting ability of a much more veteran act. Terminus should hit the mark for many seeking more progressive flourishes in their death metal mix.

A three song, 18-minute EP, Terminus hits many emotive marks with its approach. There’s a somber and dark vibe, not unlike the tone of the recently released Black Crown Initiate album Selves We Cannot Forgive. But The Noumenon find their own way musically – plenty of softer and more melodic/progressive riffs keep a fine balance between the intricate death metal, as do the frequently used clean vocals to counter the growls. The cleans never approach a commercial vibe, and often add some depth to these segments, as do the keys (see “Catalyst: Past and Present”). “Prism of Naught” seems the highlight, with plenty of atmosphere and exploration among quieter, clean guitar segments that build to a fitting climax. When the band decides to unleash their more furious side, there is still a sense of purpose and hidden melodicism. Technically-inclined riffing for sure, but still within the grasp of being able to keep them memorable, just check out the closer “Through Spectral Paradigms” to see this best at play.

Playful yet foreboding riffs and plenty of interplay between progressive/heavy moments make The Noumenon a band to keep your eyes on. With a solid jump from their first EP (also available on Bandcamp), the ways that they could expand their sound next time around might lead to even greater things.