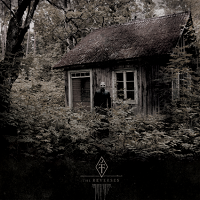 Comprising of members of sorely overlooked Swedish post-hard maulers Breach, Terra Tenebrosa is quite the flip-flop in presentation. Whereas Breach—like most bands of their ilk—maintained a rather common man appearance, Terra Tenebrosa do not, preferring to do their business in bird masks, which to be honest, is quite okay. So with birds in tow, along with the singularly-named “The Cuckoo” out in front as vocalist, the band makes another run at the obtuse and left field with their album, The Reverses.

We’re rather hard pressed to put a proper sub-genre tag on this, something that is usually cause for concern and/or conflict. But when taking Terra Tenebrosa into context, they’re simply too free-wheeling for anything of the sort. The Reverses settles in as sort of an uncomfortable, avant-garde, outpost type of listen, often working the room with horror-themed elements (see: “Ghost at the End of the Rope” and “Exuvia.”) And that’s the wind-up: Terra Tenebrosa are firmly cinematic in scope, the type of band perhaps better suited to be dropped in front of a large movie projector screen where they can improvise and mangle, rather than working in a controlled environment. In a way, it floats back to the rangy days of Breach.

So with many odd vocal permutations (spoken word, ghastly growls), industrial tinges, and weird, of the beaten path angles, The Reverses results in a strange, wholly wayward listen. The normal adage of “not for everyone” almost certainly applies here, which like their bird appearance, is perfectly fine. Conventions and guidelines don’t apply to Terra Tenebrosa anyway.