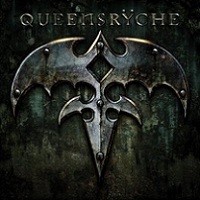 Frankly, “this” version of Queensryche didn’t have to try very hard to better what “that” version (i.e. Geoff Tate’s) put out a few months ago in the form of Frequency Unknown. F.U. (as it has been come to be known) was a slapped-together attempt by Geoff Tate at beating his old bandmates to the release date table, one that given the public’s perception has already rendered the album a failure. Therefore, the Todd La Torre-fronted incarnation of ‘Ryche simply had to play by the book of the beloved Warning, Mindcrime, Empire, and Promised Land albums and they’d be fine. And they are.

Indeed La Torre is a bit like a junior Geoff Tate. He has much of the same high-pitch, airy feel that Tate did in the 80’s, albeit with a little more aggression on his side. He takes chances now that Tate simply couldn’t be bothered with, and it’s a help that a lot of the material here is of the harder rocker, metal variety. The band hasn’t sniffed this territory since the aforementioned Promised Land in 1994, so that has to feel good. It certainly feels good on our end – this is where the ‘Ryche belongs.

The twin-guitar push of opener “Where Dreams Go To Die” is steely, strong, while the brooding “Spore” is an album highlight, with drummer Scott Rockenfield putting his patented accents on the number. “Redemption” gets a little saccharine in the chorus, but that’s okay – “Vindication” is top-flight stuff, the type of action-packed, cinematic number that was par for the course for Queensryche in their heyday. “Don’t Look Back” should fly well in the live setting, and closer evokes the dark, reflective backdrop of those thoughtful Empire days.

Concise, very much to the point, and a total direct hit, Queensryche is a triumph across the board. We don’t say this because of the feel-good nature of this particular lineup, or La Torre’s ascent as the new voice of Queensryche…simply put, Queensryche is a welcome return to form, the kind of album the band should have been making all along.  Time to erase everything between 1997 and 2011 from the memory banks, okay?