Phinehas – The Fire Itself (Solid State) 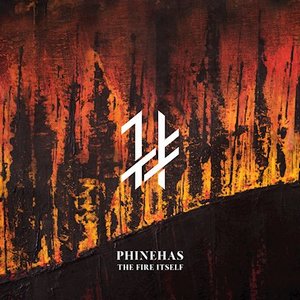 With four previous albums in their catalog, including 2017’s Black Flag, Phinehas have been laying down the metalcore foundation for over a decade. While a few years have passed, Phinehas returns with The Fire Itself, an album that moves into more personal territory for the band (their previous release covered human rights abuse in North Korea). It also lends itself to a stronger release in general with more flowing parts gelling into an intriguing whole.

It’s easy to put Phinehas into the metalcore box, with their usage of clean/harsh vocals, breakdowns, and driving melodies, but there’s more to it than meets the eye. If one thing sticks out over the course of The Fire Within, it’s that the band’s musicianship emphasizes what works for a particular song. There’s some great injections of technical riffs and melodies throughout, starting off with excellent ones on opener “Eternally Apart,” as well as some effectively bone-crunching mid-tempo riffs and a scathing breakdown, but it all gels into something stronger. The song itself benefits from having the diversity, but it’s not a piecemeal effort. They lean into either heavier or lighter tracks, keeping all of their core elements intact, be it a throttling breakdown within the driving and melodic “Thorns,” or a bright chorus within the more vicious “Severed by Self Betrayal.” A gentle moment in “The Storm in Me,” offers a bit of respite and stands out because of it, but it also delicately avoids being a clichéd and ballad-y number and instead hits some somber emotional beats as it brings in more heaviness.

With melodies that pop within each track, a pile of intricate yet immediately catchy riffs, and just the right balance of aggression and heart, Phinehas return with a vengeance on The Fire Within. Those who favor the metalcore sound should find plenty to dig in and enjoy as the band has effectively bring their musical game up to the next level here.

Phinehas – Into the Fire