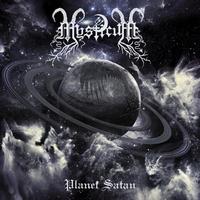 Greetings Earthlings and welcome to Planet Satan! Its first impression (e.g. title, theme, track #1) might come off as rather sci-fi geeky and maybe even a bit hippy-dippy, considering the idea began with a wild acid trip involving a dark void in space with green dragons. Fortunately, most the music in this album is on a different level. With an off-balance formula of traditionalism and originality, Planet Satan is composed of the ultimate extremes and ugliest qualities of black metal and industrial-sludge. So, whether or not you’re into the themes and concepts of this album and its songs, odds are if you dig anything within the blackened sludge spectrum of sub-genres, then you’ll dig the latest work by Norway’s Mysticum.

Is that the Beatles I hear? Is it “Lucy in Skies with Diamonds?” Not quite, it’s “Lucifer in the Skies with Demons!” Yep, “LSD” is a twisted interpretation of that old 60’s tune; the first verse of the lyrics is familiar but the rest are history. “Imagine yourself in a boat on a river, sailing down the streams of Inferno.” It’s an amusing enough cover but I say nay. I’m a very “keep your goddamned bloody Beatles out of my metal!” type. Chockful of chaos and wearing a face that screams universal destruction, “Annihilation” is probably the most favorable track on the record. “Annihilation” contains an ideal blend of black, sludge, crust and industrial elements; seemingly the best of the best a band like Mysticum can offer.

Besides some unique qualities found in “LSD,” “Annihilation” and the atmospheric instrumental outro track, “Dissolve into Impiety,” all the songs have too much in common. Most of the riffs are either uber rapid in excessively fast tempos or incredibly slow in sluggish rhythms, not much in between. The three songs just mentioned can give one a pretty good idea of this album. It’s not bad but it’s nothing to get too excited about either; I mean, it’s doesn’t beat their first full-length album, In the Streams of the Inferno. Planet Satan, however, is exhilarating and enjoyable. Check it out, there’s nothing to lose. 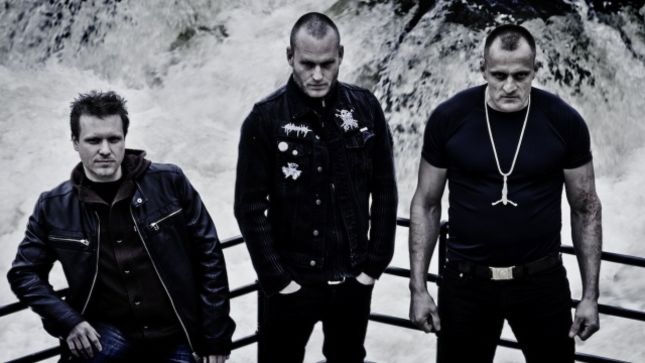 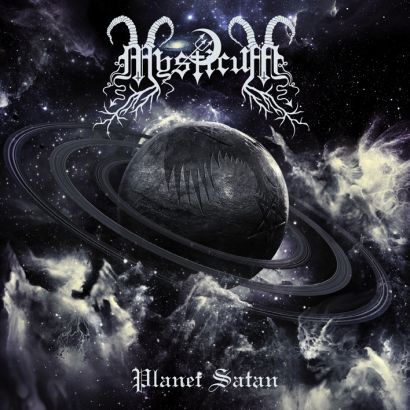