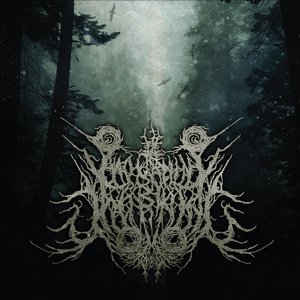 There is a palpable magic in tracing the lineage of a band’s sound. To hear it and have a feel of the sort of ends it pulls together for its sound. Sometimes its derivative, sometimes there’s just enough spirit for it to be its own beast. For Ohio one man band Mourning by Morning, his debut is fortunately in the latter category.

Nestled in a valley somewhere between Futile-era Rapture and Dawn, Mourning by Morning is melancholy, melodically-inclined, and really knows how to move. To the learned reader, one may be asking ‘Wouldn’t Rapture be redundant given Dawn was already super melodic?’ and you’d be right, to that end, to these ears, that stems from when things slow down, as in ”At Heart”, where momentum is replaced with room to breathe.

The melody doesn’t disappear though because things ratchet into gear. Tremolo fury and blasts-a-plenty return to the fore on “The Bride of Ice”, coming as waves crashing upon a shore. Extremity comes to the fore in “Bleakness”, though even then melody is never left behind (at least not for long). Dynamics are never in short supply as these songs work through their twists and turns.

Autumn is upon us. I’ve gone a week without having to turn on my AC in my apartment as it has remained at a solid 70 (though perhaps my place on the first floor has more to do with that). The familiar descent toward the drapery of the season shows its face now every time it rains and similarly it pops with every new turn in the songs of Mourning by Morning.