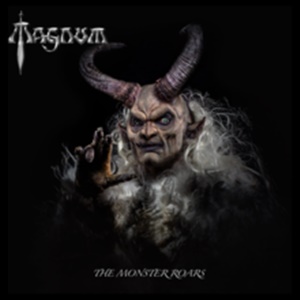 We don’t cover hard rock/metal acts that have a fifty(!) year history very often on this site – especially still driving forward through two original members since their 1972 inception as UK act Magnum with vocalist Bob Catley and guitarist Tony Clarkin. Best known in Europe for their 80’s albums like Chasing the Dragon and On a Storyteller’s Night, they are now up to their 22nd studio release for The Monster Roars. The addition of veteran bassist/vocalist Dennis Ward elevates the musicianship and seasoned knowledge for the quintet – allowing the band to deliver a set of material that contains plenty of hooks, melodies, and moving arrangements with that dramatic flair in the trademark band ways.

The mixture of AOR/melodic hard rock components with semi-progressive and metal textures ensure plenty of diversity and moving elements track to track. The softer lead breaks and quieter piano to lower register melodies push “Remember” to an early favorite – moving forward in a driving manner with slight nods to modern rock in the transitions, featuring a cool keyboard solo from Rick Benton and alluring background vocals from Dennis Ward. Additional brass section work shines brightly for “No Steppin’ Stones” – a stronger, uplifting cut where drummer Lee Morris provides an interesting groove shuffle around Bob’s bluesy melodies that occasionally reach for higher notes. The band’s ability to travel from quieter to louder moments, juggling the dynamics easily ensure maximum satisfaction for the listener, allowing you to key in on multiple instrumental aspects through each successive pass during high quality numbers like “That Freedom Word” and closer “Can’t Buy Yourself a Heaven”. Sticking to a lot of social current event issues, including political matters, in the lyrical content of efforts such as “Come Holy Men” and “Your Blood in Violence” hopefully showcases that Magnum isn’t afraid to tackle the tougher subject matter that penetrates the landscape of today. In an album of many standout moments, the triumphant guitar/ keyboard interplay next to thoughtful melodies makes the Queen-esque “All You Believe In” a delightful treasure – rich harmonies throughout as well as an emotive, culturally driven lead break from Tony brings everything home.

The Monster Roars illustrates a veteran band continuing to develop their characteristic sound, floating in more of the melodic hard rock/AOR platform with a bit of theatrical flair – yet never forgetting to hit home strong vocal/musical components that will go down a storm when brought to the live stage. 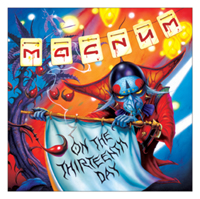