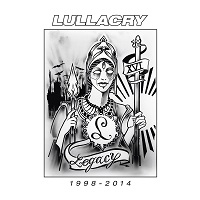 The most plausible explanation for Lullacry and their obvious, utterly blatant use of cleavage in their promotional shots was because their music was so C-grade, that only the sight of a woman’s heaving bosom would reel listeners in. Gentlemen of the metal variety often don’t get enough credit for their wherewithal, and based on the fact Lullacry are nothing more than a footnote in Finnish metal’s ever-growing history, then perhaps these tactics really didn’t work. Either as a direct or indirect result of this, the band has called it a day, and released the career retrospective, Legacy 1998 – 2014.

Two discs, 34 cuts reaching over an hour, which to the average goer, is way too much. Lullacry are without a definitive “hit” or single, mind you, so pop metal-infested cuts like “Hell on High Heels,” the banal “Crucify My Heart” and “L.O.V.E. Machine” have to suffice. The use of saccharine, atonal female vocals is always the sign of trouble, as vocalist(s) Tanya Laino and Tanya Kempainnen possess screachy, simpleton vocal modes, neither of which are done by the band’s obvious fondness for 80s hair metal, which is generally where the riff ideas like to hover. A slew of live cuts round out the second disc, showcasing a hair more grit and personality, but nothing can overcome a band who was a pretty blatant attempt at commercializing Finnish metal. They’re nearly at Lordi level.

Opinion of Lullacry may vary across the globe, but in these parts (i.e. North America), they are nothing more than a blip on the Finnish metal radar. Subsequently, Legacy 1998 – 2014 doesn’t have much value, only for those with the faintest of interest on how dumbed-down metal can be from a country that usually comes through in the clutch. A nice way to wrap one’s career; sure, but let’s not overextend one’s legacy, okay? 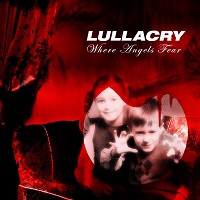