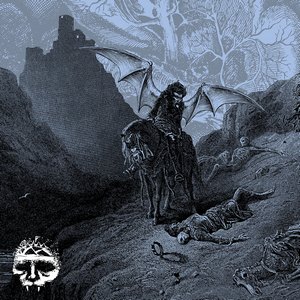 Incendiary metallic hardcore legends Integrity have never been ones to play it straight. While other hardcore acts entrenched themselves with the tough-guy bravados and breakdown central, Integrity have welcomed the inclusion of more metallic (and just as angry) influences to give them a more broad spectrum from which to pull from. Howling, for the Nightmare Shall Consume continues this forward trend.

The opening to Howling is one of scathing tone and visceral carnage. D-beat ridden blasts, frantic solos (“Hymn for the Children of the Black Flame”), aggressive rhythms, and of course, Dwid Hellion’s abrasive barks. It’s a fantastic opening, with some tremendous power behind it, and it works because the band doesn’t stick with this one trick for the entire album. Doomy and sludgy crawling begins to make more headway by the time that “I Am the Spell” hits its midpoint. The three song set of “Serpent of the Crossroads,” “Unholy Salvation of Sabbatai Zevi,” and “7 Reece Mews” are where some of the most interesting action occurs. It’s a shift from the more dark and angry parts of the album into a more mournful, bluesy, and sorrowful entity, and each track is embodied with its own form of gloom. They offer some respite and reflection without sounding too far outside the band’s territory, and allow later, more straight-forward tracks like “Burning Beneath the Devils Cross” to feel more fresh. Some old school heavy metal influence on cuts like “String up my Teeth” and “Die with Your Boots On” some added luster as well.

Twelve albums in, Integrity show no signs of slowing down. Howling is a consistently strong effort and takes advantage of a wide variety of influences in tow to keep the music feeling fresh and invigorating from start to finish. May they continue to walk in their own path forward. 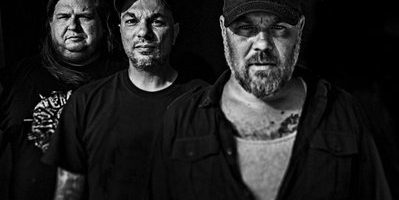