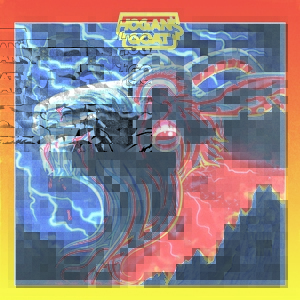 Sometimes it’s the little things that cause you to dig deeper for an unknown band. In the case of Hogan’s Goat, it was doing some research (a simple google of the name) to discover that the band named themselves after an expression that goes back to the 1800s for a particularly smelly and ugly goat. Compile that with a particularly cool and retro cover, and it was enough to warrant a few listens.

Not normally one for the stoner/doom metal approach, Hogan’s Goat doesn’t exactly play it straight. Sure, a good sonic reference point for the act would be Mastodon or Clutch, but the appearance of some southern rock/metal and grunge vibes give them more of an individual identity within a crowded scene. There’s some bluesy influences as well, with songs like “Shit Kicker” and “Rat Boy” both being exemplary efforts of combining some southern swagger with bluesy leanings. “Over the Palisade” swings more into grunge-y riffing at times and some direct heaviness, while the grooves and swing of “Annie off the Rails” are infectiously catchy. That’s really the strongest thing the band has going for it. There’s some occasionally some more complex, progressive stuff going on (particularly with the leads), but there’s not a track that fails to line up a hook or two before it ends. The musicianship (as well as the restraint) is admirable, as are the vocals of John Salmon, who can bend his voice through a number of turns as easily as the music does.

What’s most impressive about Hogan’s Goat is that it’s only the band’s debut. The sound is that of a much more veteran act, and it bodes nicely for Hogan’s Goat moving forward. Those in the mood for some southern swagger, a smooth mix of rock and metal, or are a fan of the bands mentioned above, can’t go wrong with this one.