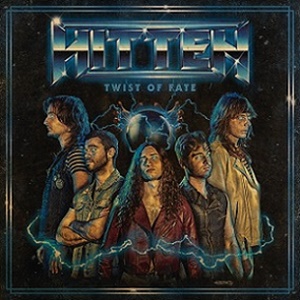 Reaching that third studio album juncture of a discography, Hitten face a critical stage in terms of longevity. Might be a weird time to face a singer change, but enter Alex Panza to the fold as this Spanish quintet release Twist of Fate. Previously straddling more of a traditional/speed metal stance on their earlier efforts, after a few spins of these latest ten tracks you get the feeling that the band appear ready to jump into larger festival/arena action scenarios as the hooks seem tailor-made for the masses.

It’s obvious that the foundation of Hitten circles around pristine power chord combinations and twin guitar accents which build in melodic engagement – Dani and Johnny Lorca conjuring up everything from Thundersteel-era Riot to Crimson Glory, Queensrÿche, and older Elegy during prime-time winners like “On the Run” and the blistering title track. There are many times where these musicians choose to go for an older 80’s melodic hard rock tact, simplifying and streamlining sequences to elevate the immediacy of the arrangement. Ozzy Osbourne accents against possibly Dokken finesse comes into play during “In the Heat of the Night” – allowing Alex a chance to hold out certain mid-range melodies and showcase his personality during the verse beyond his obvious upper echelon Tony Harnell-like vocal prowess. A short guitar instrumental “Svccvbvs” serves as a midway aural break in the festivities, while closer “Heroes” penetrates in a similar fashion as “Youth Gone Wild”/Skid Row, although the extended instrumental section brings things back to Maiden-like proceedings even as the gang vocal support pipes in a la Striker. The band members posing as illustrations against the cosmic backdrop feels right as cover art for what Hitten wishes to achieve – a feel good metal record that has the right balance of melody, power, speed, and addictive qualities.

Sure to go down a storm in those traditional-minded markets (Germany, Japan, South America), Twist of Fate deserves attention from people who want that steady diet of exciting, propulsive metal along with US-minded melodic hooks straight out of the 80’s playbook. 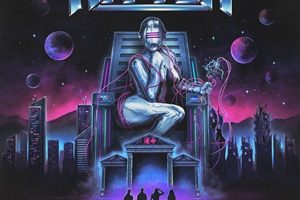