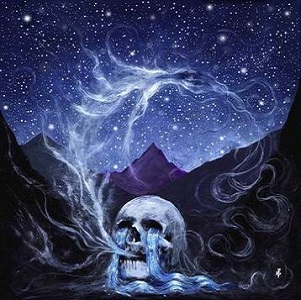 Over/under on the actual number of enunciated, “sung” words on Starmourner? Eh, that’s a tough one, but let’s try to get away from the pot-shots on Ghost Bath…they’ve had enough of those already. The once-Chinese but really North Dakotan post-black metal ensemble are onto their third full-length by way of Starmourner, an album that is fashioned in an unpredictable, somewhat linear fashion, all the while stringing together riffs and melodies that have more in common with indie rock than the subgenre they’re so often associated.

Frankly, Dennis Mikula’s vocals are close to being comedic. There’s virtually nothing coherent coming from them; he simply uses it as another instrument, which is fine. However, his incessant, if not tortured wailing steps all over the band’s otherwise harmonious compositions. Now, such a dichotomy in metal is nothing new, but such is the peril of sunny-day post-black metal: It’s a study in contrasts. The bright melodic front presented on “Seraphic” and “Ambrosial” (probably the album’s best number) give the band’s tunes the proper dimension, recalling the easy-on-the-ears peddling Deafheaven has popularized. “Ethereal” goes one further, sounding as far removed from the core, shadowy ethos of black metal as possible, calling into question whether Ghost Bath can even maintain ties to the sound.

The gradually unwinding and loss of focus across Starmourner’s back-half is what subdues the album. Ghost Bath certainly aren’t at a loss for good ideas—their core melodic foundation is quite admirable (let’s not forget about the twin guitar harmonies on “Elysian” either). But all of these other elements: Mikula’s woeful vocals, the meandering song structures and the regular cloud of “are these guys really true?” may be too much for some. Here’s a tip: Listen with your ears. 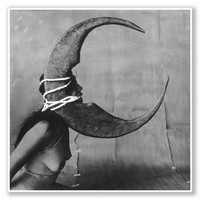