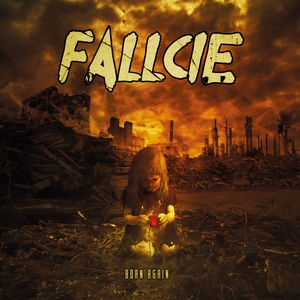 A Russian groove metal/metalcore act, Fallcie sit on ground that is pretty well covered. But with only a previous single and EP to their name, they’ve managed to bring in an element that is oft-neglected by bands of this type and it gives them some room to have some individual identity (and further expansion). Of course, that key element is extremity.

Fallcie can walk toe to toe with more established, groovy bands within the modern metal scene with catchy, bottom-heavy riffs and screamed/sung vocals, and do so on a number of tracks. But they also aren’t afraid to shake things up a little bit and bring in some extreme metal elements to add to their dynamic and it plays entirely to their favor. “Voice of Decay” moves ahead with some pretty massive grooves, but they accelerate things with furious blast beats and frantic riffing atop Valentina Lavrinenko’s screams. They wisely avoid the more clichéd and sugarcoated choruses too – while there’s some clear melodies to be had, it still maintains a slightly darker tone. “The Longest Day” is a good example of this, that despite the emphasis on cleaner vocals, the guitars hold onto some grit and attitude. Combine this with the more ‘core-esque approach of songs like “Rock n Rolla” and “Wake Up,” and you have an album that stay’s surprisingly viable over the course of a number of listens.

Born Again works because it does what many other bands currently do, but also doesn’t forget to indulge in some good ole fashioned brutality now and again. Not to the point where some may be off-put, but enough that it adds another dimension to the band to make them stand out. A strong first outing that lays plenty of potential groundwork for the years to come. 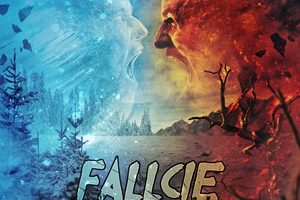