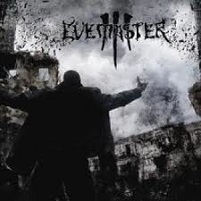 Proof of just how deep a bench the Finnish metal scene has at the present time, Evemaster are returning after a seven-year layoff with the quite capable and in spots, world-beating III. The duo of T. Mykkanen (music) and J. Taskula (vocals) roll with the finer aspects of Finnish metal, preferring to kick the tires on harmonious melodic death metal with an atmospheric edge that just skirts the more pumped-up output from fellow Finns Noumena and Rapture. Essentially, it’s one of better amalgams of Finnish metal to hit this year.

The album’s first four songs (“Enter,” “New Age Dawns,” “Humanimals,” and “Losing Ground”) are solid gold, as in, remarkably killer songs (does that help?). There’s a wealth of savvy melodic ideas being tossed around by Mykkanen on “Enter,” which heads off to the races in speedy fashion, only to be grounded with an anthemic chorus. “New Age Dawns” is emboldened by a guest vocal slot from none other than Dan Swano (Bloodbath, Edge of Sanity) for joyride back to EOS’s glorious Crimson days. Swano (who also mixed and mastered the album) seems to be popping up on a lot of albums yesterday, but his guest spot on “New Age Dawns” is simply breathtaking.

“Humanimals” is driven by a knifing melody, sort of an extended plunder into Katatonia’s Brave Murder Day cavalcade, thus becoming an instant strike and best song of the lot. The same bodes for “Losing Groud,” where Mykkanen unfurls a rash of hyper synthesizers while continuing with the same melodic brush strokes. From there, Evemaster tackles straightforward death metal on “The Great Unrest,” while still tinkering with fluid harmonies and airy arrangements on “Harvester of Souls” and “Fevered Dreams.”

Definitely one of those Finnish metal albums that virtually anyone can plug into their psyche, III has a versatility and familiarity that is hard to deny. As we noted above, the first four jams on the album are worth the price of admission alone and when stacked against fellow Finnish metal luminaries, Evemaster looks pretty formidable in their own right. 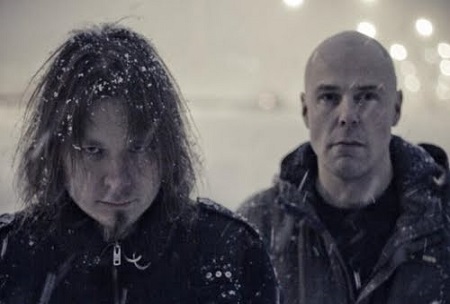